Anyone who has ever worked in the restaurant service industry is familiar with the term, “side work.” It’s the work that servers are often required to do on top of the normal serving of tables. What many workers may not know is that payment for these duties must be at least the minimum wage. The federal minimum wage is currently set at $7.25. 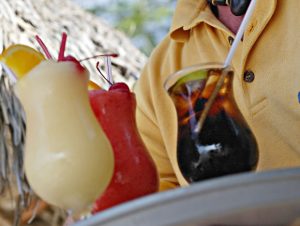 A recent wage and hour lawsuit in North Carolina highlights this problem.

A former server at a restaurant chain alleges the company paid her – and hundreds of other workers – just $2.13 an hour (typical for waiters and waitresses), even while requiring her to do side work for which she should have received minimum wage.

Her federal lawsuit is similar to others that have been brought across the country. For example, in 2014, national restaurant chain Applebee’s settled for $2.7 million a lawsuit in which workers alleged failure to pay tipped workers the minimum wage for non-tipped work. The allegation had been that the restaurant chain breached the federal Fair Labor Standards Act.

In the wage and hour lawsuit filed by the 27-year-old North Carolina woman, alleges the chain, based in Charlotte, violated federal labor laws by allowing its restaurants to pay servers the lower rate, even as managers required they do side work like stocking and cleaning. These non-tipped tasks should have been paid at the federal minimum wage rate of $7.25 hourly.

Plaintiff worked at the location in Winston-Salem, and alleged a significant portion of her shift involved this type of side work. She said when she raised her concern to managers, they responded by telling her she had no place to complain because there are many other places wherein, “it’s a lot worse.”

The response angered her, particularly because many of the servers were very young and unaware of the law and their rights. She felt – quite correctly – that they – and she – were being taken advantage of. This particular chain operates nearly two dozen restaurants and employs some  250 workers in North Carolina and South Carolina, Tennessee and Alabama.

Other national chains involved in similar litigation include Ruby Tuesdays and Houlihans. It was the 2012 U.S. Supreme Court’s refusal to hear the appeal by Applebee’s after bartenders alleged unfair payment that set this precedent. The company had insisted it was legally allowed to pay workers the lower rate because the side work duties are a normal part of working as a bartender, and it doesn’t matter how time is divided. The company argued the court would be imposing an administrative and financial burden on the industry that would be unworkable, especially when many restaurants operate with thin profit margins.

However, Labor Department rules hold that when tipped workers spend more than 20 percent of their time on non-tipped side work, they must be paid the full minimum wage.

In the Carolina case, plaintiff alleges most servers worked about 30 hours weekly and spent approximately 40 percent of their time on work that wasn’t tipped.

Our wage and hour lawyers know that restaurants have a lot of power in these situations because they recognize workers are afraid to lose their jobs. Plaintiff said she had prior experience at other locations and knew defendant’s practices were unfair – particularly when she was made to clean tables assigned to other workers or spend the beginning and end of her shift cleaning.