According to a recent news article from OC Weekly, workers at a major regional hospital were wearing red shirts with their union logo and holding picket signs.  Their goal was to bring public attention to what they consider poor working conditions.  The main complaint brought by the picketers was that their employer is using part-time labor and on-call staff to get around paying fair wages to the permanent health care staff. 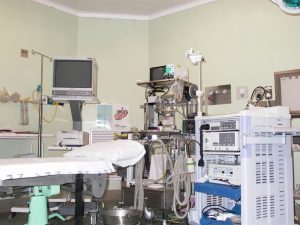 At this worker demonstration, there were hundreds of employees gathered with picket signs. They also say that part-time employees are being hired and are being required to work full-time hours, but are not getting full-time employee benefits.  Essentially, the claim is that the employer is acting improperly and unfairly toward the full-time staff and the new part-time hires. They also argue the part-time employment plan is not good for workers or the patients. They argue that having a dedicated full-time staff that is treated well is the proper thing to do.Staff at this hospital had not been unionized until around a year ago, but now that workers are organized, they have begun picketing and demanding better working conditions. This demonstration was not a strike, as it was a three-hour event.  There was a local taqueria that set up a grill on the sidewalk to provide food to those workers who were participating in this demonstration.  The union also provided private security to make sure there were no incidents involving the demonstrating workers or management.

A local council member was also present and spoke on behalf of demonstrating workers and said that politicians should stand behind workers and make sure that everyone is treated fairly and paid a living wage. It does not appear that this particular employer was contacted for a comment, but it is likely that they would deny any improper treatment of their employees.

As our Orange County employment attorneys have seen in far too many cases, some unscrupulous employers will do whatever they can to save money, even if that comes at the expense of their workforce.  This can take many different forms. In some cases, we are dealing with what are known as employment misclassification issues.  When this happens, an employer will attempt to classify an employee as an independent contractor.  The reason they would do this is because if a worker is not an employee, the employer does not have to pay overtime wages and does not have to provide benefits or workers’ compensation.  However, in many cases, the worker is really an employee, and this is being done in violation of the labor code.

If you are an employee, and you believe that your employer is misclassifying you as an independent contractor, you should speak with an Orange County or Los Angeles employment lawyer as soon as possible to see if you have a valid claim.

Another thing to be mindful of is that some employers will retaliate against employees who exercise their right to protest or join a union.