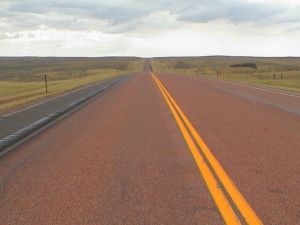 Defendant company in this case was an armored vehicle service. Plaintiff worker was employed at the company for little more than a year, starting in March 2010. Her duties varied. Some days, she was a driver. Other days, she worked as a guard. She had no specific vehicle to which she was assigned. The vehicle assignment changed daily, based on the particular needs of transport on any given day.

She was an hourly wage worker, and often put in overtime hours – more than 40 each week. However, she was paid the regular rate for this time, denied the legal overtime requirement that mandates workers be paid time-and-a-half (150 percent of her regular hourly wages).

After plaintiff left the company, she filed a federal lawsuit, alleging she was wrongly denied overtime wages.

Employer countered that worker fell within the exemption, and therefore was not entitled to collect overtime. She disagreed.

The district court ruled the worker was entitled to be paid overtime. On appeal, it was noted several other district courts in the Third Circuit (which covers Delaware, New Jersey and parts of Pennsylvania) had sided with employers in similar disputes. On this basis, employer appealed.

The Corrections Act of 2008, enacted by Congress, creates an exception to the Motor Carrier Act Exemption. It states a covered employee is one whose job in whole or in part involves operating vehicles lighter than 10,000 pounds – except those used to transport hazardous materials or large numbers of passengers.

Plaintiff asserted her position was that of a “covered employee.” She was a driver/guard of a commercial vehicle, and about half the time, those vehicles weighed less than 10,000 pounds, and were not designed to carry many passengers or hazardous materials.

Third Circuit noted the other circuits have not yet weighed in on this fact as it pertained to overtime, but the Fifth and Eighth Circuits did touch on the issue so much as to say that the exception provides the exemption doesn’t apply to workers who would otherwise be considered a “covered employee.” The Eighth Circuit determined one worker wasn’t “covered” because he worked exclusively with vehicles over 10,000 pounds.

That wasn’t the case here.

The Third Circuit ruled a plain language interpretation of the Corrections Act applied to this case indicated worker was indeed covered, and thus should receive overtime.