Dozens of Somali Muslim employees at an equipment manufacturing company in Wisconsin have filed a religious discrimination complaint against their employer, alleging the company stopped allowing prayer breaks at times that are in accordance with their faith. They are accusing the company of discrimination and retaliation on the basis of their faith, national origin and race. 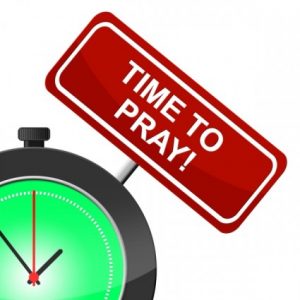 Prior to January of this year, workers were permitted to take breaks for praying so long as they notified their boss, got the Ok and went one-at-a-time. They were able to do so at the times prescribed by religious text. But then, the company introduced a new policy that allows them only two breaks per shift at times that were pre-determined and did not necessarily line up with the times allotted by the Koran. There was also to be no additional accommodations for prayer other than those times.

The workers say they want to keep working at the company, but feel the company no longer wants them there and are taking drastic measures to force them out.

Practicing Muslims, in keeping with their faith, pray five times daily. Management at the firm reportedly threatened to terminate workers who took more than the two scheduled breaks or who asked for further accommodation. In total, seven Muslim workers have been fired and 14 quit after the new policy was introduced.

A company representative said administrators were disappointed to hear of the lawsuit, and insists its policy is not discriminatory. More than two dozen Muslim workers continue to work at the company and take their twice daily breaks in prayer rooms.

Title VII of the Civil Rights Act of 1964 bars employers from discrimination against people because of their religion or lack of religious belief. Part of that law, according to the Equal Employment Opportunity Commission (EEOC) is that employers are to reasonably accommodate religious beliefs and practices of applicants and employees – unless it would cause more than a minimal burden on the operation of the employer’s business. Whether accommodations are reasonable will depend on the circumstances, but it’s generally characterized as any adjustment that will allow the worker to practice his or her religion. That could mean:

But again, whether any of these in particular would cause an undue hardship to the employer will depend on the type of business, the role of the worker and other factors. Accommodations may be considered undue hardships when they:

Of course, Islamophobia existed prior to Sept. 11, 2001, but the Center for American Progress reported in 2013 that the number of EEOC complaints stemming from religious discrimination rose 250 percent between 2001 and 2011. Another analysis by Carnegie Melon revealed applicants who self-identified as Muslim on their social media profiles were called back at lower rates nationally by prospective employers than Christians with the exact same names and qualifications.