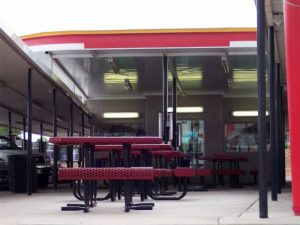 In the case before the Ninth Circuit, Salazar v. McDonald’s Corp., the court held that the McDonald’s Corporation didn’t exercise sufficient control over the workers at a Bay Area franchisee to be held as a joint employee for alleged violations of state wage laws.

Franchisor Not an Automatic Joint Employer

This was a class action lawsuit filed encompassing some 1,4000 workers employed by a company that owned dozens of the fast-food franchise. Workers alleged they were deprived of overtime pay to which they were entitled because a computer system set weekly overtime thresholds at 50 hours instead of 40 hours, as set by California law.

Plaintiffs alleged that the larger corporation introduced the computer system to the franchisee, and would not allow the franchisee to change it so that its systems operated in accordance with state law. The franchisee later settled out-of-court with the workers for a grand sum of $235,000.

However, workers continued their pursuit of a claim against the larger corporation. The claim was dismissed by a federal trial court. Now, the Ninth Circuit has affirmed that ruling.

Joint employment is the recognition under the Fair Labor Standards Act of 1938, which recognizes that a person can have two or more joint employers. This occurs when two or more companies takes on the role of controlling, overseeing and administering an employee’s job.

As Los Angeles wage and hour lawyer can explain there is an employment dispute, one can pursue remedy under the FLSA, which established protections such as the 40-hour workweek, minimum wage and overtime guides. But only if they are an employee of the defendant. Companies that serve as joint employers can be held equally liable for claims of sexual harassment, gender discrimination, racial discrimination, wage and hour violations, etc.

The question of whether someone is a joint employer (where that fact is disputed) is the degree of control that an employer exerts over the worker. The more control a company imposes, the more likely it is that the firm will be considered an employer.

Why Workers Need to Know About Joint Employers

For purposes of the FLSA, there are at least two main reasons it’s necessary to determine whether a worker has joint employers.

Within the context of the FLSA, there are at least two major reasons why it’s important to determine whether an employee is working for joint employers. One of those is to ascertain whether a violation has occurred in the first place. For example, an employee who works 25 hours a week for one employer and 25 hours for another wouldn’t be entitled to overtime pay for the 10 hours worked over the 40-hour threshold. However, if we’re dealing with a joint employer situation, then overtime pay would be in order – and failure to pay it would be an FLSA violation.

Another reason it can matter is that joint employers may be held jointly and severally liable. This means plaintiff can recover all damages from just one of the defendants – even if that defendant is only deemed responsible for a percentage of the fault. (The defendant who paid can then pursue damages from other defendants, but the point is, the plaintiff gets paid.)

This is key because sometimes, defendants can’t be found, money is lost and companies go bankrupt. You’re more likely to collect from a large, fast-food mega-corporation than a single, small franchisee.