A federal court in Pennsylvania recently ruled that a nuclear power plant did not violate public policy by firing an employee who tested positive for alcohol at work. The plaintiff in Bennett v. Talen Energy Corp. argued that he was not given an opportunity to participate in the Employee Assistance Program, which offers help with personal problems (including substance abuse), even though that option had been given to other employees after their first violation. 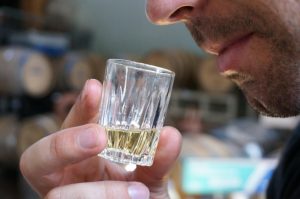 The U.S. District Court for the Middle District of Pennsylvania ruled firstly that in that state (just as in California), employers have virtually unfettered right to terminate workers without cause because it’s an “at-will” employment state. However, barring a claim of discrimination or some whistleblower activity, the only cause of action plaintiff would have had here would be violation of public policy. Plaintiff argued the firing violated the public policy that encourages workers to get help for alcohol and substance abuse problems. The court, however, found that public policy exceptions to at-will employment in a situation like this would be extremely limited, and this case didn’t fit any of the previous case law exceptions. In other words, there is no rule or regulation the company violated by firing the employee for being drunk at work, even if it was a first offense.

This is in line with previous court decisions in similar cases. In 2016, the U.S. Court of Appeals for the 7th Circuit ruled that while alcoholism and drug addiction can be considered disabilities under the American Disabilities Act, that doesn’t mean the employee can’t be fired for being drunk at work. What the ADA requires is that workers be given time off for treatment. What it does not mandate is that employers tolerate workers under the influence of alcohol or drugs on-the-job or that they allow workers to use on-the-clock.

In that 7th Circuit case, the worker didn’t test positive for alcohol or drugs at work (at least initially), but she did request assistance from the company’s EAP for alcohol addiction. The company agreed to give her one month off work paid to attend rehab. Thereafter, she was given the opportunity to alter her work schedule to attend meetings with Alcoholics Anonymous. As part of the EAP agreement, she had to sign an agreement with the company saying she would not drink alcohol at work or be under the influence of it while on-the-job. She also had to submit to regular blood tests if a supervisor suspected she was drunk at work. It was specified in that contract that if she did test positive under those circumstances that she would be immediately fired.

Days later, she was arrested for DUI on her way to work. She was not on FMLA and thus was disciplined for her absence. The DUI violated the EAP contract, and she was fired.

The 7th Circuit ruled that her termination was not discriminatory, particularly given that she’d denied under oath that alcohol interfered her personal or work life in any way (thus her condition didn’t meet the legal definition of disability under ADA anyway).

This is not to say a wrongful termination case is never an option for workers who struggle with substance abuse, but an honest conversation with your employment attorney will be necessary before proceeding.