“No-rehire” clauses have long been boilerplate verbiage in employment lawsuit settlements. If you sue your employer for harassment or wage-and-hour violations or discrimination, you might well get compensation for your trouble – but you may still be out of a job. In California, that era is coming to an end. 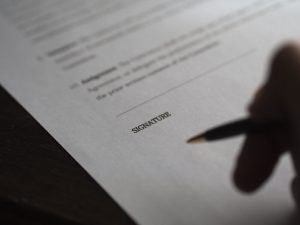 Starting Jan. 1, 2020, AB 749 will go into effect, stipulating that with only limited exception, all no-rehire provisions in employment settlement agreements will be considered void as a matter of law.

Gov. Gavin Newsom has signed the bill seeking to end this common practice, by which both sides agree to part ways, with the understanding the employee’s subsequent application won’t be considered or if by chance the worker is hired again, that employment can be automatically terminated.

Some had argued AB 749 was redundant and unnecessary, thanks to California Business and Professions Code section 16600, which voids any contract from restraining a person from engaging in a lawful profession, business or trade of any kind. This already voids excessively over-broad rehire provisions in California, opponents of AB 749 had argued.

However, our Los Angeles employment lawyers would offer a different perspective: That AB 749 protects victims of workplace harassment and discrimination by ensuring they aren’t forced out of gainful employment while the person who perpetuated the harassment or abuse continues on there as if nothing happened.

The bill establishes California Code of Civil Procedure section 1002.5, which prevents a company from barring an aggrieved settling party from gaining future work with an employer against whom the person has filed a previous claim. “Aggrieved” in this case is a person who has filed a claim not just in court but any alternative dispute resolution forum or even through the company’s own internal complaint system. The law doesn’t stop the employer/employee from mutually entering into a severance agreement nor does it guarantee that the employee will get the job they seek in the future. What it requires is a good faith determination based on the merits of the applicant/employee.

One thing that could be somewhat problematic, however, is that there isn’t a clear guideline as to how, in cases where the worker isn’t rehired, the reason wasn’t illegitimate, retaliatory or discriminatory. We expect this will be the subject of some future litigation.

Because the new law only affects employment lawsuit settlements reached on or before Jan. 1, 2020, it’s plausible we’ll see a rush to settle pending cases before the start of the new year. They’ll still be able to enforce no-rehire provisions signed before the close of the calendar year.

Beyond that, we expect employers will also be updating performance review documents and practices for cases in which workers are fired for performance issues. A lot of times, such issues aren’t meticulously recorded in personnel files (especially if it didn’t result in an actual lawsuit). That might change, and we’ll see new applications question whether the individual worked for the company before. A person might be denied rehire if there were past performance issues, but proving that is the basis will be harder if it’s not well-documented and the applicant previously filed a complaint against the company.