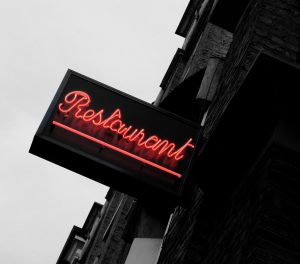 Filed in the U.S. District Court for the Central District of California, the sexual harassment and retaliation claim asserts that the fast food chain broke federal law firstly when no fewer than three male workers (including at least two in supervisor positions, such as shift leader) targeted plaintiffs with sexual comments and physical touching that were both unwanted and inappropriate. These incidents occurred at a single restaurant dating back to at least 2014, and many of the female workers who suffered these episodes at work were minors at the time, according to the complaint.

Several of the plaintiffs say they had made formal complaints to not only the store management, but also to corporate human resources. Despite all of this, no corrective action was initiated. Their next step was a Title VII action alleging gender discrimination under the Civil Rights Act of 1964 (under which California sexual harassment claims are asserted.

The restaurant worker lawsuit also asserts that when the male workers learned the females had complained about the mistreatment and harassment they had suffered, the alleged victims suddenly saw their schedules altered and their work hours reduced. This, the EEOC pointed out, had the impact of a hostile work environment, leaving the female workers feeling they had no other option but to resign.

As our Orange County sexual harassment attorneys have seen time and again, younger workers are among the most vulnerable in the workforce. They are often considered “easy targets” for those who harass and assert their dominance.

Employers must recognize that they risk legal vulnerability when they fail to protect these workers from abuse, particularly if it was perpetuated by someone in whom they have invested authority.

The company released a statement indicating they would investigate the allegations and take appropriate action. It may be too late at this point for the firm to avoid paying damages. The women are seeking both compensatory and punitive damages (for intentional and reckless conduct) from the company, which operates in 15 states with more than 300 corporate locations and some 240 franchises.

Why Retaliation So Common in Orange County Sexual Harassment Cases

Just as civil rights laws protect workers from discrimination on-the-job on the basis of their gender (among other bases), they also are written to shield workers from suffering damaging employment action for asserting their rights.

And yet, retaliation is common, with the EEOC reporting it is the No. 1 most frequently-alleged basis of U.S. discrimination claims. In fact, about half of all the unlawful employment action reported to the EEOC – roughly 90,000 – involved retaliation.

Employees are protected from retaliatory action when they are engaging in “protected activity,” which means either participating in the process to enforce their own rights OR opposing unlawful activity reasonably believed to amount to worker discrimination against another.

It can take a myriad of forms, including reprimand, demotion, transfer or firing.

These threats inevitably have a chilling effect – which is precisely why they’re against the law.

If you have been a victim of either sexual harassment or retaliation, our dedicated Rancho Cucamonga employment attorneys are on your side and can help advise you of your next best step.