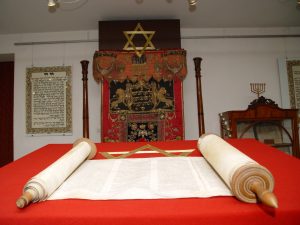 Perception of Discrimination Against Jews Climbed the Most

Overall, religious discrimination against Jews was perceived as increasing the most, with adverse attitudes and actions against seen as mostly staying the same between 2016 and 2019. The biggest change as it relates to the total is that partisan divides have grown wider. For example, while 69 percent of Democrats now say blacks grapple with “a lot” of discriminatory action, that view is shared by just 19 percent of those who identify as Republicans. While Democrats who view racial discrimination against black minorities as having grown by 12 percent in the last three years, it actually fell by a percentage point among Republicans.

On the flip side, Democrats were far less likely to say that evangelical Christians faced discrimination – about one-third – compared to 70 percent of Republicans.

Discrimination Against Jewish People in Employment

With regard to discrimination against Jews, we know that followers of Judaism are protected under California and federal law as a religion. However, questions have arisen in American courts about whether it could also involve one’s Jewish heritage under the protected class of “race.”

Last year, the Associated Press reported a federal magistrate judge in Louisiana ruled Jewish people are protected by law against racial discrimination in employment actions. The U.S. Supreme Court has yet to define was the term “race” means under the 1964 Civil Rights Act, but the magistrate ruled Jewish citizens have been treated/viewed not only as members of a religion, but also as an ethnic and/or racial group. (Not all individuals of Jewish heritage follow the Jewish faith.) They are entitled to legal protections against discriminatory employment decisions, the court ruled. That case pertained to a football coach who was suing a private Baptist college.

Los Angeles religious discrimination employment attorneys know the Pew survey results have no bearing on any active cases. However, they do reflect how views of discriminatory sentiments and actions are perceived. Partisanship aside, the study also indicated those not in a given protected class were less likely to perceive discrimination toward that group as a problem. For example, while 73 Caucasians on the whole say Hispanics face discrimination, that was compared to 86 percent of Hispanic respondents. Similar patterns emerged with women v. men, black v. white, etc.