There are many types of Los Angeles employment discrimination cases wherein you, the worker, must first file a complaint with the Equal Employment Opportunity Commission before you are free to take your case to court. Yet there is no requirement indicating you can’t hire a private employment attorney, and the truth is, you may be entitled to more than the EEOC will provide. When you discuss this possibility with a job discrimination attorney ahead of time, you’ll be able to glean some guidance on what to report, what evidence to bring and suggestions for wording your complaint in ways that could give you a stronger stance. 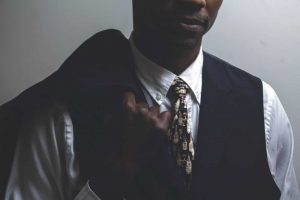 This may be especially important in light of the recent findings of a dual-published report by the Center for Public Integrity and VOX, indicating that the EEOC may not have enough personnel to adequately investigate each claim.

Race discrimination claims are among the most commonly-filed. In fact, black workers alleging racial discrimination comprised 25 percent of all EEOC claims, which is notable because there are many different kinds of discrimination. Only 15 percent of those are resolved with some compensation being returned to the complainants.

In one of those instances detailed by the researchers, nearly 20 black workers at a shipping company in Alabama reported evidence of severe racial harassment, including ropes tied into nooses and hung from break room ceilings, racist graffiti on the walls depicting specific black workers being hung, and numerous examples of racist language being used by supervisors and coworkers alike. One year later, the EEOC still hasn’t resolved the case and the workers gave up on waiting.

In total, of the 100,000 cases that the EEOC and its state and partner agencies close each year, workers only received some form of assistance – such as monetary damages or a change in work conditions – 18 percent of the time.

One attorney who spent nearly four decades working for the EEOC before his retirement in 2007 (at which time oversaw litigation for the six-state region) said far too many cases fall through the cracks because they weren’t professional investigated.

VOX and the Center for Public Integrity analyzed 8 years of EEOC case resolution data, showed that most cases were closed without any finding of discrimination.

Los Angeles workplace discrimination attorneys understand part of the problem is the agency has a lower budget than it did in 1980 (adjusted for inflation) and a staff that is 42 percent lower than what it was that year. Meanwhile, the workforce has grown 50 percent. Findings of discrimination do take time – far more than closing a case for insufficient evidence. If the agency had more staff, it stands to reason they’d find more cases with evidence of discrimination.

Complaints with the EEOC are required as a means of exhausting one’s administrative remedies before he/she can head to court. The only two types of claims that are enforced by the EEOC but where complaints don’t need to be filed with them first are:

In these cases, you and your Los Angeles employment discrimination attorney can file a claim directly in federal court. Even in these cases, there could be reason to pursue an EEOC claim anyway, but that doesn’t mean it’s your only remedy.

Workplace discrimination is illegal. But our data shows it’s still a huge problem, Feb. 28, 2019, By By Maryam Jameel and Joe Yerardi , Center for Public Integrity & VOX

How Do I File an Employment Discrimination Lawsuit in California?, Feb. 17, 2019, Los Angeles Employment Lawyer Blog