In the United States, many victims of discrimination have come from a wide range of nationalities, beliefs, and ethnic backgrounds. A post-9/11 America created a spike in disparate and discriminatory treatment towards the Muslim population, including racial profiling, hate crimes, and even discrimination in the workplace. According to a recent report published by the state offices of the Council on American-Islamic Relations (CAIR), there were 933 discrimination complaints filed in 2013, up from 824 in 2012. The leading form of discrimination was in the workplace, comprising of 15% of all complaints. Other allegations of discrimination included cases related to immigration and law enforcement. According to the report, many of the complaints were not actually filed by Muslims, but those who were thought to appear to be Muslims based on their skin color or dress. 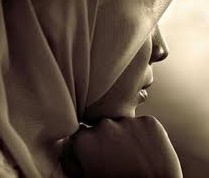 There are many forms of employment discrimination that may arise involving religious affiliation. Under Title VII of the Civil Rights Act of 1964 and the California Fair Employment and Housing Act (FEHA), it is illegal for any employer to discriminate against an employee based on religion, race, sex, or national origin. Employers are also required to provide religious accommodations in the workplace. According to the report, employees have faced issues including hostility towards their Muslim beliefs, retaliation for complaining about discrimination, and wrongful termination.

A hostile work environment may arise if an employee is forced to endure hateful speech or conduct that is abusive and pervasive. Employers must take action to prevent anti-Muslim insults, harassment, or any unwelcome discussions regarding religious practices or beliefs. Retaliation may occur when an employee reports misconduct. Acts of retaliation may include cutting back hours, a reduction in pay, demotion, termination, or any other adverse consequences of reporting misconduct. Employers may not terminate any employee based on religious affiliation. Any employer who retaliates against an employee for reporting discrimination with wrongful termination is in violation of the law. If you are Muslim and believe you have suffered from discrimination in the workplace, you may be entitled to compensation.

To comply with the religious accommodation provision of the law, employers must accommodate an employee’s sincerely held beliefs and practices unless the accommodation would create and undue hardship. This may include allowing a worker to take a short break to pray during the day or to leave the job site to attend the Friday prayer at the mosque. Employers are allowed to ask that employees make up for lost time. Any victim of discrimination has a right to take legal action under state and federal law.