A number of new California employment laws are aimed at imposing greater employer responsibility to prevent workplace bias, including explicitly barring discrimination for off-the-clock use of cannabis and being more transparent when it comes to employee pay. 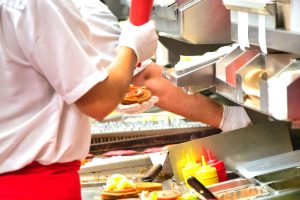 As a Los Angeles employment attorney, I’m here to assist and advise individuals who have been subject to workplace discrimination, harassment, retaliation, or wrongful termination. These new laws means there are higher compliance expectations for employers to ensure pay equity, reduce wage theft, and reduce retaliation.

One of the measures expected to have a substantial impact on a broad range of employers is SB 1162, which deals with pay transparency. Essentially, the law requires more 200,000 companies in California with 15 or more employees to disclose the salary ranges of all job postings by May 2023. Before this measure passed, employers were only compelled to do so “upon reasonable request.” Employers who fall short of compliance may be slapped with a civil penalty ranging anywhere from $100 to $10,000 per violation.

California isn’t the first state to adopt such a measure. Washington state and Colorado have similar pay transparency rules (though the former hasn’t yet officially gone into effect). New York City also has adopted a salary transparency rule.

At the root of why the law was enacted is the assurance that employees of similar job descriptions and experience are paid fairly. Because we all well know that doesn’t always happen, it’s likely that any salary discrepancies revealed could be used in bias lawsuits (gender bias, disability bias, racial bias, LGBTQ bias, etc.). The measure is supported by the California Employment Lawyers Association. Undoubtedly, there will be employment lawyers keeping an eye on whether there are companies that are clearly not in compliance.

The required publication of pay scales for positions may open the door to more pay bias litigation. Companies are also going to have to reveal the pay scales for contractors, such as staffing agencies, and they must also disclose hourly wages for workers – broken down by job description, gender, and race.

Companies should start preparing now to ensure they’re in compliance. If there are any unfair biases in pay, companies should be looking at – and addressing those – right away.

Another new employment law expected to have a sizable impact on the workforce is AB 2188.

The law will be effective in January of 2024, and prohibits employers from discriminating against employees for their use of cannabis off-the-clock. Marijuana became legal for recreational use in California in 2016. since then, dozens of others states have passed laws that legalize recreational marijuana use – and some of those include prohibitions against discrimination for off-hours use.

California’s law will have some exceptions. For example, federal contractors and construction companies are exempt. (It’s unclear, though, if those exceptions include administrative staff or just manual laborers. Further guidance is expected before the law goes into effect.) Further, employers may be allowed to take action if an employee shows up to work impaired. However, there is no easy way to test for cannabis impairment. Unlike alcohol, which cycles through the human body in a relatively short period of time, cannabis stays in the system for a while. That means traces of the drug in someone’s body aren’t positive indicators of current or recent impairment.

Employment discrimination claims in the fast food industry may be easier to pursue, thanks to the passage of AB 257.

This is the first-of-its-kind law in the country, applicable to any fast food chain with 100 or more locations in the U.S. The law, signed by the governor in September, involves the creation of a 10-member Fast Food Sector Council that sets industry standards on fast food working conditions, such as hours and wages. The council will consist of representatives from all sides – workers, government, and industry – who will collaborate on and then send proposals to state lawmakers for approval.

Further, the law provides fast food workers with the ability to file a California employee lawsuit for discrimination or retaliation if they’re treated poorly for complaints about an employer’s failure to meet the industry standards. Thanks to AB 257, there is now a rebuttable presumption of discrimination or retaliation if a worker is fired within 90 days of the worker engaging in the protected activity of complaining of deviation from the industry standards.

This version of the law that passed is actually a bit weaker than the initial version, which had required franchise companies to share in the legal responsibility when franchisees of quick-serve food providers violate state labor laws.

Although the law only directly targets fast food joints, it’s probable that we could see some duplication in other industry sectors as well.