A recently-filed California workplace discrimination lawsuit alleges a former supervisor at Amazon ordered an employee to scour the social media platforms of job applicants, looking for information on their gender, ethnicity and race. When the employee raised concern about this (as well as the fact that she reportedly earned significantly less than male colleagues doing similar work). She was fired two months later. 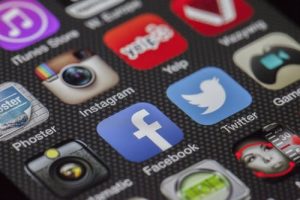 Amazon has been criticized in the past for its lack of diversity. This was partially why the worker ascertained that what she was being asked to do was illegal, in violation of California’s anti-discrimination laws. Her lawsuit states that when she was fired, it was communicated to her that her direct supervisor had admitted to accessing job applicant social media accounts for the purpose of gleaning details about candidates’ ethnicity and race. The director who fired her also reportedly conceded that the claimant made less than male colleagues by that this simply “happens all the time” at the company. She was allegedly fired for failure to meet expectations (even though she’d been promoted within five months of joining the team).

Although the incident made headlines because it involved Amazon, the fact is incidents like this happen a lot more than one might think. Social media can prove incredibly useful for job recruiters in publicizing job openings, etc. LinkedIn, Facebook, Instagram, YouTube and Twitter can be valuable in gathering information on prospective employees, and many companies use these outlets to conduct background checks on workers to ensure they are qualified for a certain position. However, it’s a fine line that has to be walked in terms of how those jobs are publicized and what type of information is being sought when recruiters access applicants’ social media pages.

About half of all states (including California) have laws that prohibit companies from asking for the social media passwords from job applicants or employees. But that doesn’t stop an employer from searching for information publicly available on social media. However, if companies aren’t careful – and consistent – in going about it, they could easily find themselves facing employment discrimination claims.

In conducting social media screenings of job candidates, a significant number of employers surveyed by HR Magazine expressed concern about the legal risks of coming across certain protected information while reviewing job candidates’ social media profiles. That concern is legitimate, but it’s not necessarily the fact that an employer might learn protected status information (i.e., one’s age, race, gender, national origin, religious affiliation, etc.). It’s whether they sought that information and what they do with it. And this ultimately is the same risk that can arise in any face-to-face job interview.

However, if a job applicant can show their candidacy was somehow adversely affected by protected class information gleaned in a social media search, he or she may have a valid claim for employment discrimination.

Some companies try to sidestep problems by having social media checks conducted by consumer reporting agencies. However, these third party companies still need to be in compliance with Fair Credit Reporting Act rules that protect fairness, accuracy and privacy.

If a job applicant believes they have been discriminated against on the basis of a protected status in the hiring process, a Los Angeles employment discrimination lawyer can help vet their claim.