A California misclassification lawsuit was recently settled for nearly $16 million. The case involved hundreds of franchisees for an Ohio-based tool company, which was accused of wrongly classifying employee distributors as independent contractors. The business model include selling the company’s tools at wholesale costs ,to be sold to consumers at retail prices. 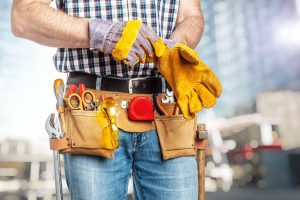 The class action litigation accused the employer of signing franchise agreements in California mobile stores. By wrongly classifying these entities as contractors, the employees were denied proper reimbursement for business expenses, paid overtime, meal and rest breaks, and accurate wage statements. The California labor lawsuit was filed last year, with the primary plaintiff alleging he worked approximately 20 hours of overtime weekly. The franchise agreement also reportedly required distributors to pay the tool company an initial fee, distribute only approved tools from the company’s brand using its own system, attend distributor training programs (while paying their own costs associated with this training), lease/purchase a branded truck from the company, wear the tool company’s branded uniforms, and operate their branded truck only within a company-identified territory.

Despite holding this tight control over the workers, the company insisted they were independent contractors. The U.S. District Court for the Northern District of California disagreed, recently approving a settlement in Fleming v. Matco Tools Corp. that grants each class member $35,000 in cash. Those eligible for debt relief may be entitled to approximately $42,000 each.

Employee v. Independent Contractor: What is the Difference in California?

Employees receive critical protections and benefits – which is why misclassification is such a big problem. California law skews heavily in favor of the presumption of an employee-employer relationship. END_OF_DOCUMENT_TOKEN_TO_BE_REPLACED