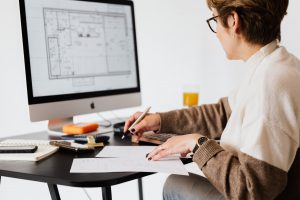 Here, we outlined the Top 3 Wage and Hour Mistakes made by employers.

Independent contractors are workers who are in business for themselves. Usually, they work on numerous projects at the same time and take on jobs as a freelancer. They have the flexibility to choose how, when and where the work is performed. Conversely, employees are typically employed by a single business that exerts substantial control over the worker’s wages, hours and working conditions. The distinction between employee and independent contractor is key because while employees have numerous legal rights (overtime, meal breaks, minimum wage, etc.), independent contractors don’t. In California, courts will look at whether an employment relationship exists when the person is hired. They’ll look at the worker’s degree of autonomy, the similarity of the worker’s labor to the company’s usual course of business and whether the worker is engaged in an independently-established trade. The main question is going to be the degree of control a company has over how the worker does his/her job. The higher the degree of control, the greater the likelihood the worker is an employee and not an independent contractor. Written agreements aren’t the controlling factor. Courts will, however, look at things like whether the worker had their own tools, how the work was paid for, whether travel was reimbursed, where the work was done, how long the work was expected to last, etc.

As our Orange County employment lawyers can explain, California employment laws require employers to follow certain rules for things like overtime, ensuring rest breaks and tracking hours. Certain types of jobs, though, are exempt from these rules. An employee who is exempt has a job that is not subject to certain wage and hour laws. Exempt employees are typically paid a salary that is at least twice the minimum wage for full-time employment, they have white-collar duties (executive, administrative, professional) and they are responsible for exercising independent judgment and discretion. If all three of these criteria are met, they typically aren’t entitled to things like rest breaks and minimum wage. There are caveats, though. Some jobs are subject to different tests entirely, while some employees are only partially exempt (protected by some labor laws, but not others). It can get tricky for employers, but again, it’s up to them to be educated on their rights and responsibilities.

All employers are subject to certain legal obligations. If they violate the law and employees complain or report this wrongdoing, the employee is protected from punishment or retaliation for this action. Employees have a right to report safety violations to the government (or participate in government investigations of safety violations). Companies are also prohibited from punishing employees for refusing to participate in unlawful activities. They are also barred from punishing or firing workers who complain about, report or otherwise stand up to unlawful harassment or discrimination, ask for a reasonable accommodation for a disability or file for workers’ compensation benefits. The law broadly favors workers who are treated unfairly. Employers can be sued for retaliation and wrongful termination.