New York State labor review board has made a move that could shake up the gig economy forever. The board 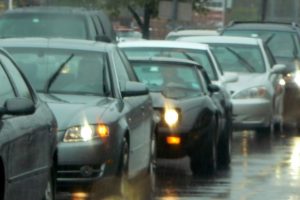 of regulators recently ruled that three former Uber drivers qualify for unemployment insurance, a decision which first requires that the drivers be considered employees in the first place. According to a report from Forbes, the ruling would apply to all “similarly situated” workers, and the board ordered the company pay unemployment insurance benefits on behalf of the drivers.

Gig economy jobs have become popular in recent years, with companies like Uber, Lyft, Grubhub, and a myriad of other delivery and driving services taking the reins and reshaping the economy. Those desperate for a way to make ends meet that also allows for flexibility around an already packed work and family schedule have given these companies a robust labor force. Others who cannot find stable full-time work have thrown themselves into long days and nights trying to earn enough for a full-time wage. Their desperation, along with contractor loopholes, have created a sub-economy where workers are being stripped of many of the protections others enjoy. Turbo Tax-owner Intuit estimated last year that 34 percent of the American workforce is working in the gig economy, with many this year estimating the number to be closer to 40 percent. Our Los Angeles employee misclassification lawyers are very concerned about more than a third of working Americans being without the basic rights that those who are designated as employees receive. Owners of companies involved in the gig economy would like to paint a picture that all of their workers are independent contractors. It is clear looking at companies like Uber, however, that their is little that is independent about these drivers. Uber screens its drivers, trains them, sets pay, approves what car they can use, monitors their work, and will discipline drivers who do not meet standards. These qualities, by most definitions, would make the drivers employees. This greatly influenced the decision of the labor board and could influence more decisions across the country.

If it’s true that drivers should be classified as employees, then companies like Uber have much to account for. It’s estimated drivers today are making less money than they were several years ago. It costs more than $8 for a driver in New York City to keep their car active, which is difficult to make up when half their time is spent waiting for or going after passengers. Uber, with its low overhead costs, meanwhile, is profiting handsomely on these drivers and their meager earnings.

Other cases against Uber and similar companies have established their workers as contractors, creating much confusion as new cases arise. As such, this is a pivotal moment in history for employees with an ever-expanding industry that is pushing the boundaries of employee rights. Our legal team knows the importance of taking a stand now against those who would abuse employees and their rights. We are well versed in all of the distinguishing traits that differentiate employees from independent contractors and can help you determine if you have an employee misclassification case.