A UPS driver filed a lawsuit against United Parcel Service nine years ago, claiming she had been unfairly discriminated against. The case ended up reaching all the way to the Supreme Court before it was finally resolved through a settlement. 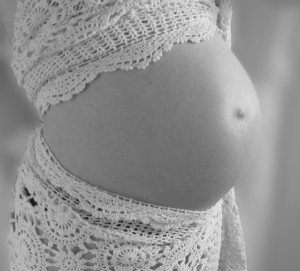 A Los Angeles discrimination lawyer knows the Equal Opportunity Employment Commission has now issued new enforcement guidelines clarifying protections for pregnant workers. Even with this new clarity, employers may continue to violate the law and treat workers who are pregnant unfairly. Employees need to know what their rights are and should pursue legal action in cases where employers violate laws protecting pregnant women.

NBC reports the case against UPS began when an air driver discovered she was pregnant and when her doctor recommended she be placed on light duty assignments as a result of her condition. UPS did not honor her request to be given light duty work. Instead, they forced her to take unpaid medical leave, without her health insurance. She alleges this was wrongful pregnancy discrimination because UPS had granted similar requests for light-duty work when made by employees with injuries or with disabilities.

UPS had a standard policy related to disability accommodation, and the lower courts dismissed the driver’s case because the courts believed the company policy was “pregnancy-blind” and did not constitute sex discrimination forbidden under the federal Pregnancy Discrimination Act. The Pregnancy Discrimination Act was passed in 1978 to prohibit employers from discriminating against pregnant women in hiring, termination, compensation, work assignments, career development, benefits, and other terms and conditions of employment. Employers are not permitted to treat pregnant women differently than other workers because of their condition, because pregnancy discrimination is considered a form of sex discrimination.

The lower court dismissed the driver’s case without a trial because of a belief the driver’s case could not, as a matter of law, be a violation of the Pregnancy Discrimination Act since all employees were treated the same. The U.S. Court of Appeals for the Fourth Circuit upheld the dismissal of the case. The Supreme Court reversed the case in March of 2015, allowing the claim brought by the driver to finally progress to trial. After this decision was made and the case moved forward, the UPS driver and the company finally reached a settlement agreement.

In the nine years since the case was filled, UPS changed its official pregnant worker policy to permit pregnant women to be placed on light duty assignments rather than forced to go on unpaid leave. EEOC’s new enforcement guidelines also provide more clarity on enforcing the Pregnancy Discrimination Act, including making clear that pregnant women must be placed on light duty if the company offers light duty to other employees, even if doing so would be more expensive or less convenient. These new protections should hopefully prevent more employees from needing a lengthy court battle to make sure their rights are adequately protected when pregnant.