The lunch time wars at Wal-Mart rage on. A class action Los Angeles labor and employment lawsuit over meal breaks has resulted in a $6 million verdict – and the introduction of something known as the “meal break discouragement theory.” 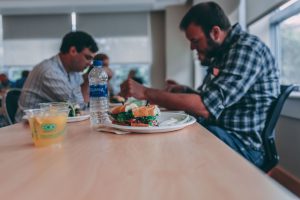 In Hamilton v. Wal-Mart Stores Inc., plaintiffs alleged the mandatory security check through which they had to exit and enter during every break consumed so much time, the end result was workers were left with less than their legally protected right to a full half hour for meals during their shift. Beyond this, workers alleged it was overly-intrusive, embarrassing to be required to remove feminine hygiene products from their purses. Break rooms were noisy, crowded, uncomfortable places to be.

It wasn’t that they were ever denied the opportunity to take a meal break. They were, however, soundly discouraged from it. A jury agreed with them, and in April, awarded $6.1 million.

Los Angeles labor and employment attorneys recognize that lawsuits like this (not the first or even second involving lunch breaks for Wal-Mart workers) not only serve to right the injustice to individual workers, they little-by-little help us define the limits to which employers in California and nationally can push issues like mandated rest breaks, wages, overtime and more.

Hamilton has set a standard by which companies need to abide. Workers have a choice in whether they take these breaks – and employers know this. Employers now cannot take advantage of this by making meal breaks so logistically tough as to discourage them.

Although there is no bright line rule in place, we have a guiding framework should similar issues arise at this or other companies in the future.

California Labor Code outlines the rules for the type and duration of meal and rest breaks for California workers. Those include:

Beyond just slotting the time, employers must refrain from imposing duties or interruptions on workers during these times. Workers can’t be on-call or running errands while they get lunch. This is why many employees choose to leave the office for lunch, so that this time can be uninterrupted. Arguably though, 30 minutes isn’t a ton of time to start. That’s what made the Hamilton case noteworthy, because employers were even further cutting into this precious time.

The California Supreme Court ruled in the _ case of Brinker Restaurant Corp. v. Superior Court, that employees have a right to waive these breaks, and companies don’t have any responsibility to monitor employees to make sure they are taking their breaks. However, employers are required to offer.

It was also previously established that companies couldn’t enact policies that placed pressure on workers to press through their meal and rest breaks without stopping. It was this caveat that Hamilton further explored. Specifically, how do we define “employer pressure” in this context?

Obviously, requiring workers to carry out specific tasks during rest breaks isn’t going to cut it as a good faith effort under court scrutiny. However, a case like this might be a tougher call.