When you believe you have been discriminated against, it can be difficult to know where you should turn. If the discrimination caused you to experience damages, Orange County employment attorneys can assist you in using the civil court system to obtain compensation from employers for losses resulting from discriminatory behaviors.  Some victims of discrimination also turn to government agencies for help, although the assistance available with this method can be more limited in important ways, as compared with having an attorney represent your interests and advocate for you. 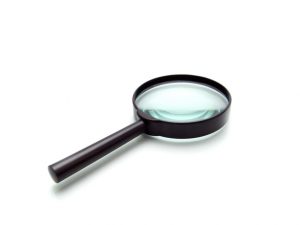 Soon, California workers who have been discriminated against could have another source to turn to for assistance if unlawful discrimination is occurring. Capital Public Radio reported a new bill is working its way through the state legislature which would help to provide broader anti-discrimination protection for workers by enhancing the resources available to those workers for reporting discriminatory behavior.

The new bill that is working through the state legislature would allow local governments to begin conducting investigations into allegations of discrimination. The proposed new bill passed the Senate Judiciary Committee, which is an important step towards moving the bill forward where it could potentially be passed and become state law throughout California.  Its goal is to make the process of investigating and taking action easier for workers who believe they are being victimized by unlawful discrimination.

Currently, allegations are supposed to be investigated by state and federal employment departments when affected workers want government help with discrimination issues.

However, the director of the Black Worker Center in Los Angeles indicates state and federal employment departments are not being as responsible as they should be. These employment departments are taking an average of one to two years in oder to actually process discrimination claims when employees lodge a complaint about government agencies employing workers or when employees lodge a complaint about private businesses engaging in unlawful discrimination.

“We need every jurisdiction to be able to do that [process discrimination claims],”the Black Worker Center director stated to Capital Public Radio.  She indicated “we need cities, we need counties, we need the state, we need the federal government to work together to ensure those rights are protected.” This is an especially pressing issue if workers are denied promotions as a result of unlawful race discrimination. Being denied a promotion affects an employee’s income and career trajectory and employers who deny promotional opportunities on the basis of race must be held accountable.

African-Americans in California are three times as likely to become trapped in entry-level jobs as Caucasian workers because they are not provided with as many promotional opportunities. Even when African-American workers do become managers, studies have shown they earn 76 percent of the wages earned by their white counterparts.

Protecting African-Americans and other groups who are likely to face employment discrimination should be a top priority and the new proposed bill would hopefully make a difference in making claims investigations easier, although there is still no substitute for getting legal advice from a qualified attorney if you are a discrimination victim. The bill is on its way to the floor of the California State Senate now and there are no official opponents, so it is likely local governments could soon become an ally in the fight against discriminatory behavior.