Dozens of civil rights groups have filed briefs with the U.S. Supreme Court, which has agreed to review a racial discrimination case against a large telecommunications conglomerate by a black Hollywood mogul. The concern is that depending on how the SCOTUS decides, workplace racial discrimination protections could be weakened. 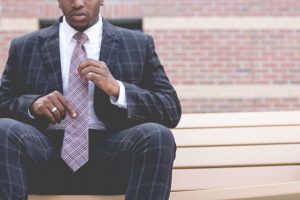 The head of the NAACP characterized the harm that could be caused to civil rights could be “irreparable.”

The federal lawsuit filed in California by the entertainment executive alleges the television corporation refused to carry his cable TV channels, and asserts the company did so because of his race. He’s seeking $20 billion.

As Los Angeles racial discrimination attorneys can explain, the legal question at issue is whether a plaintiff in such a case needs to show whether race is the only reason for an adverse employment decision, or if it need only be proven that discrimination was a motivating factor.

How The Case Could Weaken Racial Discrimination Protections

The telecommunications company denies race had anything to do with its decision to reject the plaintiff’s channels, saying it had to do with low ratings. This was a business dispute, the company says – not a matter of discrimination – and characterized the claim as “frivolous.”

The company insists it isn’t trying to weaken civil rights protections, and has attempted to keep its legal arguments narrowly focused.

However, civil rights law experts say that if the SCOTUS, now with a conservative majority, decides the case in favor of the company, it might make it more difficult for others to pursue civil rights discrimination lawsuits.

Civil rights and employment law attorneys see this as the most pivotal civil rights case to be heard by the SCOTUS in sometime. A negative ruling may have an extremely chilling effect on racial discrimination claims from here to Maine.
The foundations of the protections at risk were laid out shortly after the Civil War, Section 1981 of the Civil Rights Act of 1866. It stated that all people in the U.S. have the same rights and can enjoy the same contracts as white citizens. The goal was to assist newly-freed slaves to work in fair conditions.
Although hundreds of years have passed since slavery, racial discrimination continues – and laws like these need to be strengthened, not weakened. Deciding the case in favor of the defendant would essentially mean that race could factor into some adverse employment decisions – so long as it isn’t the only, but-for reason for the contract to be refused.

The appeal to the U.S. Supreme Court is from a decision last year by the U.S. Court of Appeals for the Ninth Circuit in California, alleging the appellate court’s ruling relaxed the standards for filing discrimination lawsuits, and is likely to lead to expensive lawsuits.
The Trump administration also filed a briefing supporting the defense’s position and arguing to overturn the Ninth Circuit’s ruling.
Contact the employment attorneys at Nassiri Law Group, practicing in Orange County, Riverside and Los Angeles. Call 949.375.4734.
Additional Resources: