According to a report last year by CareerBuilder, research conducted on behalf of the site shows 78 percent of American workers live paycheck-to-paycheck. The number 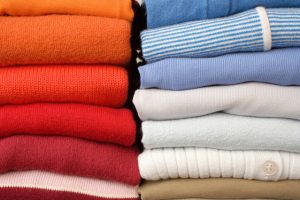 CareerBuilder’s chief human resources officer described these employee financial struggles as a problem for employers, citing that stressed out workers are less focused and less productive. Still, while a happy workforce can help financial standing long term, many employers can’t help but focus on immediate gains made by keeping wages as low as possible. Others may go as far as to dig into those already low wages even further to pad out their bottom line by making employees cover expenses related to the job.

This is what about 250,000 former and current employees of Abercrombie & Fitch, Hollister, and other affiliated stores are claiming happened to them, as far back as 2009, according to a report from The Columbus Dispatch. Workers alleged they were forced to buy and wear clothing from their stores on the job, though the company denies these claims.

This in essence dropped the income of many workers to below minimum wage, plaintiffs claim. They say it created a system where a certain amount of earnings had to go back into the expenses of the job without reimbursement. Beyond the question of whether the act is a wage and hour violation, there is a question whether everyday clothing that doubles as a uniform should be covered by the employer under Fair Labor Standards Act. Further, it’s important to note that not only was the company not covering uniform expenses, but actually profiting off of them, if these claims are true.

The settlement would resolve two related cases in U.S. District Court for the Southern District of Ohio Eastern Division. One case was originally filed in California, but was transferred to Ohio (Abercrombie & Fitch is based in New Albany, Ohio).

Plaintiffs in these cases came from all across the country, including California, New York, Florida, and Massachusetts. Abercrombie has admitted no wrongdoing, arguing that the company’s written policies and employee handbooks state clearly that employees do not have to buy and wear Abercrombie merchandise, and that this policy has been around through the time period the claims allegedly occurred. However, they deemed a settlement to be the best route forward.

Our Los Angeles wage and hour dispute attorneys know how precious every penny can be to hard working Californians. This is especially true when working a job where wages are already low and employees might be having difficulty making ends meet. We also know it might not always be obvious when wage and hour laws are being violated. That’s why it is so important to talk to a trusted law firm like ours to help you to sort out what state and federal laws are applicable to your case and what you can do to fight back.