It’s been more than two years since the COVID-19 pandemic shuttered many offices. For many white-collar workers, that has meant getting creative with office space – in cramped basements and cluttered bedrooms. It has also meant carving out new social norms between employees and employers. One of those involves the blurred lines when it comes to reimbursement for work-related expenses while working from home. As Los Angeles employment lawyers, we’ve noted an increasing number of up-and-coming California employment lawsuits are focused on this front. 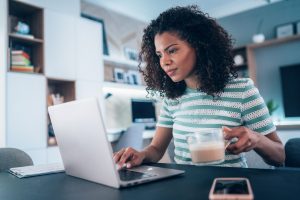 Recently, the Los Angeles Times reported on this phenomenon, saying there are dozens of pending cases in Southern California stemming from incidents like:

For the average worker, it can all add up to between $50 and $200 monthly in extra expenses. That may not sound like a lot, but compounded by the number of workers at home, and companies that saw some significant savings due to work-from-home may now need to pay the piper. If we take that same average employee and compile the total amount of they’ve incurred in expenses due to the work-from-home arrangement, the Times anticipates it’s somewhere around $5,000 each.

In addition to these types of expenses, some workers are seeking reimbursement for lost rental revenue. That is, they allege they have lost out on rental income opportunities because they had to utilize their home office space for their own employment.

We recognize that while work-from-home has been an option for some individuals long before the pandemic, many companies were thrust into the arrangement suddenly, and with little blue print of how all the particulars were going to work. When presented with evidence that their employees are being underpaid, some companies will simply ask for the bill and cover it. Others may take a little more persuasion, but it does appear that at least half of these lawsuits are being settled pre-trial – with terms favorable to plaintiff employees.

Some employees have reportedly racked up thousands of dollars in work-related expenses – everything from extra electricity to personal lap tops and cell phones – only to then be laid off. Some of those cases are now being pursued as class action litigation.

In some cases, companies are coming under fire for permanently cutting certain work perks that they previously offered standard to employees. These have included everything from free snacks and lunches to free laundry and dry-cleaning services. Of course, there is nothing in the California Labor Code that requires these types of benefits, but companies should certainly think twice before cutting corners like this if they hope to keep valuable employees.

As one business attorney noted, it’s true this is a one-in-a-hundred-years-pandemic – and a learning curve on things like this was likely to be expected. But at the end of the day, it’s not the employee who should foot the bill. Although federal law lacks requirements compelling companies to pay for expenses occurred by working at home, California law does – and that’s been the case since long before the pandemic. Still, the state Labor Commissioner’s Office has yet to issue an specific reimbursement guidelines as it relates to COVID-related office closures. In general, the state’s labor law leans in favor of workers. It’s reasonable to expect employers to pay for things like webcams, laptops, work desks, and other things that a worker must have in order to do their job. Despite this, one survey of 10,000 U.S. workers found that less than 10 percent have been reimbursed for work-from-home expenses since COVID.

It’s likely some employees feel a bit conflicted about pursuing legal action, given that despite these expenses, there are a host of benefits to working from home – including a more flexible schedule and the ability to avoid a daily commute (something that in and of itself has its own costs that are typically not covered by the employer). Ultimately, it must be up to home office workers to decide what route to pursue. It may be worth simply consulting with an employment lawyer to discuss your rights and potential options – just so that you have that in your pocket if you decide to take action later.

We expect to see more of these actions as companies continue full-time or part-time remote work in the future. The hope is there will be clearer guidelines -both from employers and state lawmakers – as time goes on.

Workers are suing their bosses to get their work-from-home costs reimbursed, April 7, 2022, By Hugo Martin, The Los Angeles Times