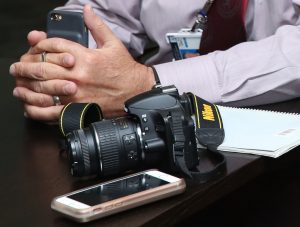 In fact, as our Los Angeles wage and hour lawyers know, some of these companies were already facing litigation for alleged employee misclassification. In one case, a writer who worked as a “site manager” for Deadspin wrote five articles weekly, managed other writers, policed the comment section and took directives from the media company’s management. For all this, she was compensated $125 monthly, which breaks down to about $6-an-hour – well below the minimum wage. But as an “independent contractor,” she wasn’t entitled to minimum wage. The reality is this kind of arrangement was probably illegal under existing employment law. AB5 makes it easier to hold these businesses accountable, and it’s not even the first of its kind in the country.

Many companies do wrongly classify workers as independent contractors rather than employees because contractors are cheaper than employees. Contractors don’t have to be paid minimum wage, workers’ compensation or overtime. A study conducted two decades ago by the U.S. Department of Labor revealed between 10 and 30 percent of employers misclassified workers. Up to 895 percent of workers who claimed they were misclassified as independent contractors were later reclassified as employees following review. Since the rise of the “gig economy,” it’s believed that number is even higher.

The 35 submission ceiling would limit a freelancer to less than one contribution weekly. A weekly columnist, for instance, would have to be considered an employee. So too would freelancers who generate content in non-traditional formats such as blogs, listicles, and transcriptions. Gonzalez conceded the 35 number was “a little be arbitrary.”

Some of the writers affected say they’re happy with the big picture impact the bill will have. As CBS reported, one writer who lost his freelance job with SB Nation said it was no secret that companies like VOX had been using independent contractor designations to dodge payment of minimum wage and benefits, and that contractors were fired so the company could protect an exploitative system.

While some companies are firing large numbers of freelancers, others are encouraging freelancers to either stick to the 35-piece limit or create their own limited liability company (LLC) so they can qualify for AB5’s business-to-business exception. Some note that the 35-piece limit will force media companies to hire more freelancers to keep pace – and some say that might not be a bad thing either for diversity sake.

Last month, the California Truckers Association filed a challenge to the law, alleging it would harm independent truckers. Rideshare services like Uber and Lyft have said if they can’t negotiate different rules for their drivers, they plan on spending $90 million on a 2020 ballot measure to oppose the law. In the meantime, Uber has said it will continue treating drivers as independent contractors in defiance of the law, a position the company says it’s prepared to defend in court.

Any worker who suspects they may be missing out on pay and key job-related benefits due to misclassification should contact an experienced California employment attorney.