2019 has been a banner year for worker rights in California. One important development that might have gotten lost in the shuffle amid all the rest was the passage of AB738 in September. Effective Jan. 1, 2020, home daycare providers will have the right to form, join and participate in unions. Our Los Angeles employment attorneys know this is a right home-based child care providers have been pursuing for almost two decades. In the lead up to Governor Newsom’s signing the bill, there had been five gubernatorial vetoes of similar bills. 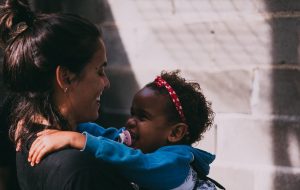 As KCRW.com reports, most of the workers in the industry are women of color who own and operate their own businesses. Yet some lawmakers in the past had taken to routinely calling them “babysitters.” These workers comprise roughly half of the state’s 200,000 early childhood education workers

One of the main reasons they wanted to unionize was to gather bargaining power to finally address subsidized payments – both the amount and method. Reimbursement for individual childcare workers is low to start. When the government steps in to subsidize daycare payments for low-income families, it’s below market rate. On top of that, the way these workers are paid is complex and ultimately problematic because it often results in some workers not being paid for months at a time. Earning enough to survive – let alone run a business, pay taxes, etc. – can be very difficult.

The Economic Policy Institute reports that most of the more than 27,000 licensed family child care providers in California barely earn minimum wage. Unions will allow these workers to better negotiate compensation with the government, as well as other entities like health insurance companies, liability insurance companies, etc.

Unionizing could also lead to better care for California’s children. In 11 other states that have negotiated collective bargaining agreements with home child care workers, at least one provides funds to allow for periodic caregiver training.

It might also allow more people to access affordable childcare. Of the approximately 4.2 million children ages 12 and younger with working parents in California, nearly 3 million don’t have access to adequate care. About 1.6 million of them are eligible for childcare subsidies – but those are of little use if there’s nowhere to send them. In the last five years, roughly 1,600 home child care centers have closed in L.A. County alone. That’s 15,000 fewer child care spots available – something a county with an existing 500,000-spot deficit could scarcely afford. Statewide, nearly 12,000 licensed home-based daycare centers closed shop since 2008 – an industry shrinkage of about 30 percent. If unionization can serve as an incentive for fewer operations to close – or better yet, some to open – that means finding licensed childcare will become a much easier endeavor.

The measure is also expected to give others employed by these providers more leverage in the workplace – including grievances concerning working conditions.

It’s estimated that AB378 will allow some 40,000 workers to unionize under what will be known as the Childcare Providers Union. An AB 378 Fact Sheet provided by Assemblymember Monique Limon further breaks down the rights and benefits that the new law will have for these workers.