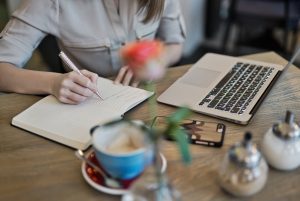 The designation of independent contractor has become a store point for lawmakers and labor advocates who argue many of these workers are doing jobs that should count them as employees, entitling them to certain valuable benefits like minimum wages, overtime, sick pay, workers’ compensation insurance if they’re hurt on the job or unemployment insurance if they’re suddenly laid off. Freedom from the responsibility of having to pay these expenses has proven an attractive prospect for many employers. But their designation isn’t the last say. It can be challenged – and increasingly is – since last year’s Dynamex decision by the California Supreme Court and now AB5, both of which strengthen worker protections and make it more difficult for companies to claim workers are independent contractors as opposed to employees.

One side effect of this, however, is the way in which it’s impacting freelancers and small businesses. Some companies are restructuring to hire a handful of employers while leaving many freelancers without work. Some in the field of digital and print journalism are expanding the number of freelancers they hire so that no one individual exceeds the 35 pieces of content threshold spelled out by AB5. Others are requesting freelancers establish limited liability corporations so they can claim a business-to-business exemption. In still other cases, some businesses are having to reduce operations (at least in California), increase prices, hire out-of-state freelancers and in some cases face the possibility of closure.

Independent contractors have become increasingly common ion the wake of the Great Recession, particularly for small businesses. However, it’s important that workers not only be independent contractor in name alone. The workplace protections that unions and worker advocates have for so long fought were intended to be equitably applied in all but a few exceptions. Some have argued that if a business is unable to compete while also affording the protections to which they are entitled, then the reality is the company can’t truly compete.

The new law states that in order to be classify workers as independent contractors, the worker must:

Courts will look at how closely the work is supervised, who sets the hours, whether the worker’s job is distinct from the company, etc. There are some exemptions for certain workers, such as graphic artists, physicians and nail salon technicians.

It should be noted that employers cannot label workers as independent contractors simply because the workers like or don’t mind it. As California employee misclassification attorneys can explain, companies must follow the law as opposed to the expressed wishes of any particular worker.