The California Supreme Court is slated to decide a case expected to settle a long-running debate on whether waiting time penalties are recoverable for meal and rest break violations. 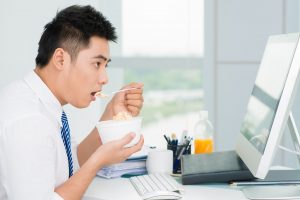 Employers, employees and labor law attorneys should be closely watching the case of Naranjo v. Spectrum Security Services, Inc. Petition for review of the case came after the Court of Appeal affirmed in part and reversed in part the original trial court judgment.

The state high court is being asked to resolve two primary questions:

As our Orange County wage and hour lawyers can explain, it has to do with what additional penalties are owed when employers fail to meet their legal pay obligations to workers deprived of meal and rest breaks, as afforded under the law.

This is a class action lawsuit filed by the primary plaintiff on behalf of himself and other current/former employees of a private security company (government contractor) who alleged that violations of meal break and rest break laws entitled them also to derivative remedies under laws pertaining to wait time penalties and pay stub penalties.

Wait time penalties stem from the public policy that holds employees should receive full and prompt payment of wages due. To ensure employers comply with this, penalties can be imposed on companies that fail to pay employees full and fair wages at the conclusion of the employment relationship. Claimants aren’t required to show the employer intended the action, but rather that the employer was aware of the action, which was in the employer’s control, and the employer failed to pay as required. The exception would be good faith disputes.

Pay stub penalties involve failure to include required information on one’s paystub. These include things like total hours worked, gross and net wages earned, all deductions, the applicable hourly rate, etc. Civil penalties for pay stub violations start at $50 for a first offense and increase to $100 per employee for every subsequent payroll where the offense continues. The most any one employee can receive is $4,000. Employees may also recover costs and attorney’s fees for bringing the lawsuit in the first place.

In this matter, plaintiff (on behalf of the class of other, similarly-situated workers) sought compensation for violations of meal and rest breaks and sought premium wages (plus 7 percent interest) AND derivative remedies for waiting time and pay stub violations. The workers employed were guards responsible for taking temporary custody of federal prisoners and ICE detainees (typically for transport of medical procedures and other appointments). They also guard witnesses awaiting court appearances. Company policy required on-duty meals, for which workers were paid at their regular rate. Workers were not able to leave the room or building of a specific post, but had to always remain on-call and within radio range. An employee manual indicated the job “does not allow for breaks other than using hallway bathrooms for a few minutes.” The policy did not include any advisement that workers could revoke the on-duty meal break policy at any point (as is their right under state law). But then another manual indicated, “meal and rest breaks must be taken.”

Plaintiff started working at the company in late 2006 and was fired a few months later after leaving his post to take a meal break. He then filed a lawsuit, alleging the company failed to provide meal and rest breaks in accordance with state law. The court rejected the company’s assertion that it was federally preempted under the Service Contract Act. The class was later certified (for meal breaks, but not rest breaks). The company argued its written policy and procedure manuals consistently notified employees that meal breaks would be on duty, and that employees could revoke their agreement by declining to accept an assignment on a given day or requesting not to be scheduled for a particular day. Both parties stipulated before trial that the meal break subclass of plaintiffs were owed $1.4 million in compensation for failure to pay premium wages during meal breaks from 2004 to 2007.

The case then went to a bench trial to determine whether derivative claims of pay stub violations and waiting time violations were applicable here, given that employees were paid during meal breaks, just not at the premium pay rate. The court found that the paycheck violations were applicable and willful and amounted to $400,000. However, waiting time violations didn’t apply. Finally, the court awarded 10 percent interest. Plaintiffs were awarded attorney’s fees.
Both sides appealed. The company argued it shouldn’t be liable for paycheck violations, and the plaintiff argued the company should be liable for both paycheck violations and waiting violations.
The appeals court affirmed in part, reversed in part. Now, the California Supreme Court will have the final say. If the court disagrees with the lower courts, it has the potential to substantially increase penalties for both meal and rest break violations in California – which is why employment attorneys will be watching closely.
Contact the employment attorneys at Nassiri Law Group, practicing in Newport Beach, Riverside and Los Angeles. Call 714-937-2020.
Additional Resources: