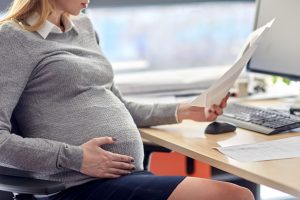 There are both federal and state protections against pregnancy discrimination and retaliation.

State laws in California include the Fair Employment and Housing Act (FEHA), the California Labor Code (providing for lactation rights), the Pregnancy Disability Leave Law (PDLL), and the California Family Rights Act (CFRA). Lawmakers enacted numerous additional protections for pregnant workers back in 2012. Four years later, the state required employers provide employers with notice of updated rights and obligations as a pregnant employee, explaining protections as outlined in the law.

Under the PDLL, pregnant employees with a disability can take up to four months leave, plus an additional three months to bond with the baby. This leave can be taken intermittently.

Workers also have the Family and Medical Leave Act (FMLA).

There is also a proposed federal bill, the Pregnant Workers Fairness Act, that would expand the right to accommodations to pregnant workers.

Despite all these protections, our Los Angeles employment lawyers know that too many companies are unaware of these rules or simply don’t follow them.

Research has shown that employment discrimination of pregnant workers has been linked (indirectly) to lower birth weights, greater number of doctor visits, and an increase of postpartum depression.

An employee who is pregnant may ask for the following accommodations:

Too often, pregnant employees shy away form telling their employers about it until the last possible minute, for fear their assignments will be slashed or they’ll be passed over for important duties or promotions.

In these cases, emotional damages and punitive damages awarded may be significant. The worker goes from what’s supposed to be one of the happiest times in their lives to suddenly being jobless and facing financial hardship.

Given the high stakes in these cases – and the potential for adverse publicity – many cases are fairly resolved through mediation. If you believe you’ve been discriminated against, our experienced employment attorneys in Southern California can help.