A recent decision by a California appellate court offers insight into how companies can comply with workplace seating requirements, as mandated by state labor law. In Meda v. AutoZone, the California Court of Appeals, Second District, Division Three, ruled that while these cases are inevitably going to be fact-intensive with numerous factors at issue, there is a measure of commonsense employers should employ when deciding when they can reasonably and meaningfully provide workers with seating. 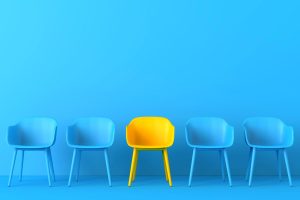 The case in question was filed under the California Private Attorney General’s Act (PAGA), which allows private citizens to step in the shoes of the state’s attorney general in order to pursue legal action for violation of state labor law.

According to court records, the defendant retailer, an auto shop store, did not offer cashiers and parts counter workers with adequate seating when (according to plaintiffs) they easily could have. California requires companies to offer workers their seats that are suitable when the nature of the work reasonably permits it.

In response, the defendant store argued that it did offer two raised chairs (adequate in height to use the counter at those work stations), and these seats were available to all workers – plaintiff included.

Plaintiff, however, argued that while the chairs were placed in those locations, workers were given to understand they were only available as an accommodation (for pregnancy, disability, etc.), and that at no time did the company tell other workers that they were free to use these seats.

The trial court sided with the employer, finding that simply providing these chairs was adequate enough to meet the state law requirement on seating.

The appellate court reversed. In this ruling, justices first pointed out that prior seating decisions by other courts had focused on fact-specific analyses when looking at the state’s workplace seating rules. That includes acknowledgement of the fact that every job is going to be different, and there are a number of factors that will play into the employer’s ability to provide seating at a given workstation – or not. Among some of the factors that may be weighed:

Applying that same consideration to the facts of this case, the employer found that simply giving seats is one thing. But that in and of itself doesn’t automatically mean the employer complied with the spirit of the state seating requirement law. Here, the company didn’t put the seats in a place that would have been convenient for workers to use in the immediate vicinity of where the work was being carried out. Employees had to actually leave the front counters, walk to the rear of the store, locate the chairs, and then move them to their workstations if they wanted to use them. This, combined with the fact that the employer never told workers they were free to use the chairs if they wished (nor was this fact outlined in the employee handbook) meant there was a strong argument to be made against the accessibility and suitability of the seats. The plaintiff also pointed out that no other employer ever used the chair at the front work stations, which one might reasonably interpret to mean the store discouraged doing so – no matter what the policy actually said.

The bottom line for California employers is that they need to take steps to ensure they are truly compliant with the spirit of the law, taking steps not only to provide employees with seating, but also making it easy and explicitly informing them of their right to do so.