A sharply divided California Court of Appeal, Second Appellate District, Division Eight, issued a decision allowing a plaintiff to proceed with his associational disability discrimination claim against his employer. This was a reversal of the trial court’s opinion in Castro-Ramirez v. Dependable Highways Express Inc., wherein a father alleged he was fired for his need to assist his disabled son. 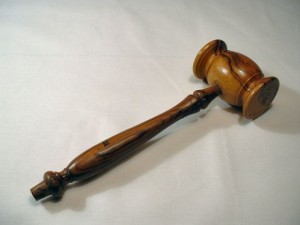 This kind of “association” discrimination is outlined in the Americans with Disabilities Act (ADA), which bars discrimination against an employee based on their association or relationship with an individual who has a known disability. The provision in 42 U.S.C. 12112(b)(4) means a company is forbidden from taking adverse action against a worker simply for associating with or having a relationship with someone who is disabled.

Under the ADA, companies are required to give qualified workers with disabilities reasonable accommodations. However, federal courts have held in prior cases (see Tyndall, 4th Cir. 1994, Overly, 6th Cir. 2006) that this association discrimination provision doesn’t mean workers are entitled to employment modifications in order to care for a disabled spouse or child.

Instead, the provision is supposed to protect workers in cases where there is an unfounded belief the worker is going to miss work due to an associate’s disability.

In the Castro-Ramirez case, plaintiff sued his former employer alleging disability discrimination, failure to prevent discrimination, retaliation and wrongful termination. Per the complaint, claimant’s son required daily dialysis, as he is in need of a kidney transplant. It was established by evidence that plaintiff had to be the one to administer this dialysis, and had done so for the past 15 years. (He was reportedly the only one at home who knew how to operate the dialysis machine and had to take classes in order to learn how to do it.)

For several years, plaintiff’s supervisors at a Los Angeles Airport terminal driving service scheduled him so that he could be home at night for his son’s treatments. Plaintiff would later say he “loved” his job and he appreciated this accommodation”from the heart.”

Trial court granted summary judgment to defense, citing plaintiff’s failure to produce any triable issue of material fact. The court said the evidence showed there was no evidence to indicate the decision to fire plaintiff was based on his association with his son or in retaliation for his scheduling requests.

However, the court ruled plaintiff did present a prima facie showing that the employer’s actions were based on a discriminatory motive or pretext.  The court held there was evidence from which a jury could reasonably infer that plaintiff’s association with his disabled son was a substantial motivating factor in the supervisor’s decision to terminate him and that the supervisor’s stated reason for the termination was the pretext.