Pregnant workers have long faced discrimination in the workplace. California has some of the strongest protections for pregnant workers, but our employment discrimination lawyers in L.A. know employees in the rest of the country has not been so fortunate. That could soon change, if a new bill moving through the House is successful. 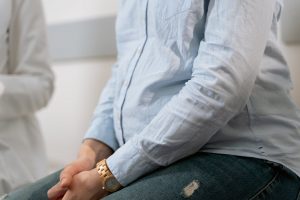 The bill, called the Pregnant Workers Fairness Act, or PWFA, was first introduced in 2012 – and nearly every House session since. In the meantime, pregnancy discrimination lawsuits across the U.S. have numbered in the thousands – including one that made it to the U.S. Supreme Court.

Now, it seems the latest effort has real promise. When H.R. 1065 was first introduced several months ago, it got 225 sponsors and included representative from both sides of the political aisle, increasing optimism about its prospects.

What Would the PWFA Do?

The main thing the PWFA could do for pregnant workers across the country is to both clarify and strengthen the decades-old Pregnancy Discrimination Act. This law made it unlawful for employers to use pregnancy as a determining factor when deciding who to hire, fire, promote, etc.

The PDA has some great intent and important protections. But as our Los Angeles pregnancy discrimination lawyers know, it doesn’t go far enough for many workers. It was passed as an amendment to the 1964 Civil Rights Act some four decades ago. The original federal law is frankly pretty ambiguous. Critical language is left undefined, and frequently, employee plaintiffs face an almost insurmountable proof burden to establish discrimination.

One of our biggest complaints about the PDA is that it essentially treats accommodations (minor, temporary alterations to assignments/schedules for health reasons) for women who are pregnant as a sort of fringe benefit rather than something that should be mandatory. For example, many pregnant workers are put on lifting restrictions that may conflict with their job description. A temporary accommodation during pregnancy would easily address this, but many employers historically have scoffed at this, noting that pregnancy is not a “disability.”

The PWFA would address loopholes like this. It would mandate employers work with pregnant employees to determine appropriate accommodations. It would establish an expectation that companies by default would extend accommodations to pregnant workers when necessary.

As it stands, most working mothers in the U.S. work well into their 3rd trimester. If we’re going to truly make workplaces equitable and safe, employers should recognize that basic accommodations on things like lifting, bathroom breaks, etc. are the norm. Unfortunately, many won’t unless compelled to do so by law.

The PDA notes that pregnant women or those affected by pregnancy and childbirth-related conditions should be treated the same – and receive the same benefits – as others similar in their ability/inability to work. That last part is pretty vague, and it often raises questions about what “similar” means and the sort of benefits employers need to provide.

In California, the Fair Employment and Housing Act (FEHA) also bars discrimination on the basis of pregnancy and childbirth. Unlike federal law, it’s applicable to all employers with five or more employees. It’s among 30 other states (and numerous local governments) have enacted their own pregnancy accommodation laws.

Unlike federal law, state law does require employers to provide pregnant workers with reasonable accommodations when they have medical restrictions – even if the employer doesn’t extend the same accommodations to other disabled employees.

Additionally, the California Family Rights Act (CFRA) is requires all employers with five or more workers to offer up to four months of unpaid leave to employees who can’t work as a result of pregnancy. Employees eligible for family leave under both U.S. and California law can take three months of federal leave after the four months offered under state law. Employees unable to work due to pregnancy are also eligible under the state’s temporary disability insurance program to receive up to two-thirds her usual wages during pregnancy and up to six weeks of partial wages after the child is born.

Unlike the PDA, state law requires employers to provide pregnant women with reasonable accommodations when they have medical restrictions. This is true even when an employer doesn’t offer the same accommodations to other disabled employees.

There’s a New Pregnancy Discrimination Bill in the House. This Time It Might Pass. March 4, 2021, By Alisha Haridasani Gupta and Alexandra E. Petri, The New York Times