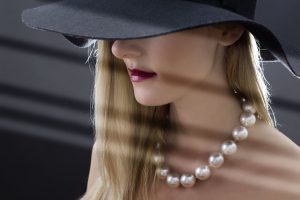 The former nurse was the first to file a lawsuit following a state civil rights law that passed in 2007 prohibiting discrimination on the basis of sexual orientation or gender identity.

California also has specific legal protections for workers who are transgender. The California Department of Fair Employment and Housing defines transgender as a person whose gender identity differs from the sexual organs with which they were born. Gender expression, meanwhile, refers to the way a person’s appearance related to gender is outwardly displayed, regardless of whether it aligns with stereotypical genders. The FEHA explicitly protects individuals from transgender per the 20013 Gender Nondiscrimination Act.

Effective Jan. 1, 2018, all California employers are required to post a Transgender in the Workplace poster outlining transgender rights, with the FEHA enforcing. These posters:

This kind of protection is not currently extended at the federal level. Many courts throughout the country have decided transgender workplace discrimination lawsuits in favor of workers by citing the 1964 Civil Rights Act. However, the Americans with Disabilities Act expressly excludes protection for Gender Identity Disorder and “transexualism.”

Last fall, the Department of Justice filed a brief with the U.S. Supreme Court in a case involving a transgender woman fired from a Michigan funeral home after she notified her employer that she would soon begin gender transition surgery. In that case, per NBC News, the U.S. Court of Appeals for the Sixth Circuit ruled in favor of the worker/EEOC, citing the Title VII of the Civil Rights Act of 1964, which justices found shields transgender workers and further that religious discrimination can’t be cited as a reason for justifying discrimination.

Now, the funeral home employer has appealed and the U.S. Supreme Court is considering whether to take the case. If the court agrees, that could result in significant impact to transgender workers in California and across the country. The DOJ’s brief does not request review by Supreme Court justices, but does offer its opinion that Title VII was written to afford the protection of one’s biological sex, not gender identity.