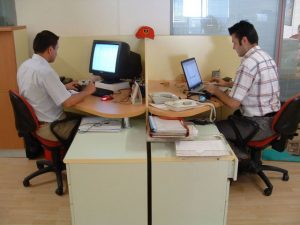 According to an investigation by ProPublica and The New York Times, dozens of top U.S. employers have been restricting the age group that can see recruitment ads posted on Facebook. These employers include business giants Verizon, Target, Goldman Sachs, Amazon, UPS, State Farm, and even Facebook.

These ads have spurred a class-action complaint recently filed in the United States District Court for the Northern District of California on behalf of the Communications Workers of America. Also included in the plaintiffs are all Facebook users 40 years of age and older, who might have lost job opportunities due to advertising restrictions based on age.

Facebook allows options to target specific demographics so advertisements can reach the most relevant audience possible. Filters include location, interests, sex, and age. Ads cost more the broader the audience and the more people they reach, so it benefits an advertiser to find a very specific niche.

This is fantastic for a retailer selling men’s tennis shoes or a community promoting a local seniors’ retreat. But it might spell big trouble for employers who use these restrictions to limit the age of the audience that can see job ads posted on the platform.Our Los Angeles employment age discrimination lawyers know there are a couple laws that will come into play here as such practices are further investigated.

First is the Age Discrimination in Employment Act of 1967. This federal law prohibits discrimination against people 40 and older in hiring practices. Not only can the hiring companies get in trouble for violating this rule, but publishers of discriminatory content can be held accountable as well, making Facebook (as well as other platforms, such as Google and LinkedIn) a target in these investigations.

Facebook, however, claims it is protected by the Communications Decency Act, designed to protect Internet platforms from content created by their users. The more complicated question then emerges: Is Facebook just a vehicle for the content created by the employers, or are they complicit in discrimination by allowing an age filter to exist on job ads at all?

Some companies who were part of the investigation called the age restrictions a mistake, resulting from an unfamiliarity with the platform, and promised to avoid such filters in the future. Others claimed after they were contacted for comment to have audited their ads and eliminated age restrictions to be in compliance. LinkedIn went further by allegedly eliminating the ability for companies to age restrict ads that appear on their site.

However, others defended the use of age filters, claiming they were not in violation of the law. UPS, State Farm, and Target described their ads as being one part of a broader campaign that recruited workers of all ages. Others, such as Goldman Sachs, said such restrictions made economic sense when dealing with entry-level positions. Not because they aren’t willing to consider all age groups, but because people over a certain age are simply not interested in those jobs, and spending money to include them in the audience for the ad would be wasted money.

This is comparable to paying for an ad in a teen magazine or a senior citizen publication with the intent of reaching the most relevant audience, some companies argued. However, the law is less clear in this instance because no one is prevented from reading a magazine designed for an age group other than their own, but Facebook ads can only be seen by their intended audience.

Our experts are closely monitoring this case and others, which will certainly have sweeping effects on how we view employment age discrimination for the foreseeable future.