With the recent onslaught of sexual harassment and assault accusations across the country, ranging from Hollywood elite to politicians 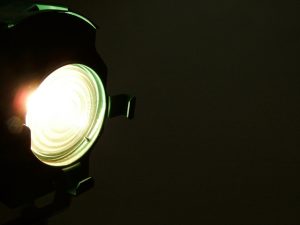 to top executives, awareness and reporting of incidents is at an all-time high.

While this has caused shock waves across many industries, it is also encouraging women to speak up about inappropriate behavior in the workplace, which is important as historically such actions are grossly underreported. It also is forcing employers to self-examine policies and accountability to prevent future incidents, which can only be a positive move.

One of the latest companies to come under scrutiny is Vice Media. An investigation by the New York Times revealed four settlements in the past ten years connected to sexual harassment at the company.

The company released a statement taking responsibility for failing at all levels to create a safe and inclusive environment for its employees, though it made sure to point out that the shortfalls were not intentional.

Among the findings of the Times report, 20 women alleged either experiencing sexual harassment or witnessing it occurring to someone else. One of the most high-profile of the accusations revolves around the current Vice Media president, who allegedly fired an employee after she rejected his advances, then allegedly paid a settlement of $135,000.

Our Los Angeles sexual harassment attorneys understand the importance of not only cracking down on such incidents, but also creating workplace policies that proactively educate and discourage such behaviors before they begin. We are experienced with local, state and federal employee harassment laws and can help to determine if a lawsuit is necessary in your case. We also are all too aware that while high-profile companies are largely getting the attention, this type of behavior is common at smaller businesses, where employees don’t have the benefit of media investigations bringing wrongdoing to light.

The details of the Vice story make it an unusual one among the sea of harassment reports. The culture at Vice Media is one that leans younger, which in itself distinguishes it from many other companies currently being accused of fostering harassment. This younger, hipper culture also potentially bred a more lax environment. Company hiring policy previously included an agreement that outlined potentially offensive or disturbing content that could be observed as part of the job and had employees sign that they would be OK with such materials.

While the intent of such an agreement was to prepare potential employees for intense subjects they might have to cover on the job, some could have misinterpreted this as an invitation to speak and behave freely without recourse. An experienced legal team can explain the rights you have in the workplace regardless of what kind of agreement you might have signed.

Vice recently has tried to begin to make amends for its lack of accountability through termination of several employees allegedly in violation of policies, an update of policies on the book, looking to start a diversity board, and hiring a new human resources executive, who will work with an outside investigator. Our attorneys will be keeping a close eye on what will happen next for Vice Media and if more companies will learn from these mistakes.