A former engineer for Tesla Motors Inc. has sued the vehicle technology firm in a California federal court, asserting he was wrongly terminated for his age. As evidence, he cites a number of unfair criticisms and comments about his age from both co-worker and supervisors. 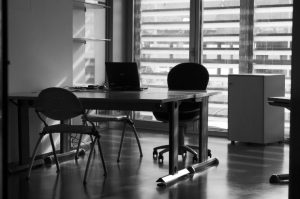 The 69-year-old worker was a one-time contract employee who became full-time at the company’s facility in Fremond. Two of this three bosses reportedly made negative comments about his age. When he was fired in February, he alleges his age was a primary factor.

The employment lawsuit isn’t all that surprising. In fact, many technology companies in Silicon Valley have been facing down similar allegations. For example, IBM, Google, Twitter and Microsoft have all been defendants in California age discrimination lawsuits. Older workers say the companies disregard their valuable experience and instead bring in younger – and often more attractive and cheaper – workers.

Our age discrimination attorneys recognize that with so many companies making a push for greater diversity in the workforce, these considerations often overlook the issue discrimination based on age.

In the case against Tesla, as reported by Fusion, plaintiff began working at the company in 2012. However, it wasn’t long after that he said he was isolated due to his age. His supervisors started regularly pressuring him to complete work faster because he was “too slow.” The reality, he says, is that he was working as hard as everyone else and producing on the same level. However, he was saddled with additional burdens of trying to disprove the many myths about older workers. Specifically, there were assumptions that older workers are slower and that they have more difficulty adapting to rapidly changing technological advances.

Meanwhile, the younger workers were not reprimanded or scrutinized when their work pace was slower – even when they failed to complete their projects on time or any faster than plaintiff.

One supervisor in particular is accused of repeatedly singling out plaintiff by canceling meetings with him, being more critical of plaintiff than of co-workers and ignoring the contributions plaintiff was making.

The situations got much worse when plaintiff was forced to take time off work after he was diagnosed with congestive heart failure and had to undergo surgery. In the months before his firing, he said a former supervisor warned him the executives were “gunning for you.” He worked with higher-ups to develop an action plan in order to bolster his annual reviews. Yet he was fired anyway.

What’s especially troubling about this and other actions is what those in Silicon Valley considered, “old.” For example, the average age of a Facebook employee in 2012? Just 26-years-old. the average age of a Google employee? 29. Apple workers were, on average, just 31. At Microsoft, it’s 34. Some venture capitalists have been criticized for saying those over the age of 45 “basically die in terms of new ideas.”

A recent report from Bloomberg News detailed how many job applicants in the tech field will undergo extensive plastic surgery procedures in an effort to look younger. California’s 150 biggest technology companies have been sued 226 times for age discrimination between 2008 and 2015.

69-year-old engineer says Tesla fired him because he was old, Oct. 3, 2016, By Sidney Fussell, Fusion