Four Sikh truckers in California have settled an anti-discrimination lawsuit against their employers who fired them for refusing to cut their hair to undergo a drug test. 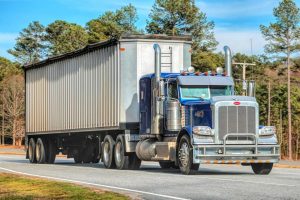 In Sikhism, it’s part of a practice called Kesh that allows one’s hair to grow naturally as a matter of respect for the perfection of God’s creation. The idea is to live the way God made you. It is a tightly-held tenant, one of the five articles of faith of the Sikh religion. When refused to have have it clipped for the drug test, his employer fired him. One plaintiff called the incident, which occurred five years ago, “One of the hardest times of my life.”

Now, he and four other trucker applicants will split a $260,000 damage award to resolve allegations of religious discrimination in employment.

The case was brought by the Equal Employment Opportunity Commission (EEOC), which alleged the company failed to provide a religious accommodation for offering an alternative form of drug testing to truck driver applicants of the Sikh religion. Three of the men refused to have their hair clipped while a third refused to remove his turban before providing a urine sample. (In addition to never cutting their hair, Sikhs keep their turbans on at all times, and consider it a shame to remove it in a public setting.)

An attorney for the EEOC said the take-home message of this outcome is the hope that employers will recognize that drug testing of employees or applicants does not fall outside the purview of anti-discrimination laws. Although it is imperative – from a liability and public safety standpoint – that trucking companies take the fitness of their drivers very seriously. That includes making sure they are not under the influence of drugs or alcohol. However, that doesn’t mean safety can be used as a means to discriminate.

Defendant trucking company, J.B. Hunt, was not required to admit liability in the employment lawsuit. Administrators have agreed, however, to rework its anti-discrimination policies and take additional measures to ensure they are accommodating religious beliefs. Its policies have been revised to indicate its supervisors and employees will be trained on hiring and employment practices that align with federal and state anti- religious discrimination laws.

The company, based in Arkansas, declined to give comment to the Associated Press. However, the Sikh Coalition representative said the outcome was encouraging, and there was hope that the decision would send a message to other trucking firms, as well as other industries. There are reportedly thousands of truck drivers who are Sikhs employed in the U.S. The organization said commercial carriers aren’t the only companies to demand hair samples for drug testing – pharmaceutical firms have been another – but this type of technology is more successfully being challenged.

Defendant employer had argued that because hair follicle testing can trace drug use several months back, as opposed to a few weeks like urinalysis. However, plaintiffs argued there were alternatives, such as fingernail clippings, which can be used to show drug and alcohol consumption dating back farther than urine samples.

The workers said they offered samples from their brushes, but were told the sample needed to be cut.

The company has conditionally offered the four plaintiffs their jobs back, though none is currently looking for employment.