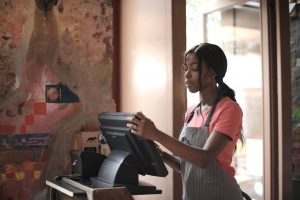 As recently confirmed by the California Department of Finance, the state is increasing the minimum wage for all employers by 3.5 percent to 10 percent to keep pace with inflation. that means statewide, minimum wage is going to increase from $15 hourly for employers with 26-or-more employees (which was set January 1st, 2022) to $15.50 hourly, which will become effective January 1st, 2023.

It’s important to note that this is applicable to all employers regardless of size. That’s a notable deviation from previous California minimum wage increases, which had been separated by employers with 26 or more employees and those with 25 or fewer. That means this increase will be particularly impactful for smaller businesses, whose minimum wage was set to $14 hourly at the start of this year. They, just like larger companies, are going to be expected to increase the minimum wages to $15.50. For them, this is a 10 percent wage increase.

It should be noted, however, that with this increase in the state minimum wage also comes a corresponding raise in the minimum salary that is required for a work to be qualified as “exempt” under so-called “white collar exemptions.” (These are especially impactful when it comes time to paying time-and-a-half for overtime. Salaried employees are exempt from this, but as a Los Angeles employment attorney, I have seen far too many cases of employees being wrongly classified as exempt.) In order to be exempt, the employee must:

The proof burden for establishing that employee should be classified as exempt is on the employer, as established in the 1999 ruling of Ramirez v. Yosemite Water Co.

Regional Minimum Wages May be Even Higher

The statewide $15.50 rate may not be the last word in minimum wages, depending on the region where you work.

It is incumbent on the employer to verify that the wages they are paying meet the minimum requirements. Failure to pay minimum wage can result in an employer being liable not only to repay those wages, but also “liquidated damages,” which is an additional sum that is equal to whatever is owed for the minimum wage violation. So if a person is owed $3,000 in back wages for a claim of failure to pay minimum wage, that employer may actually owe $6,000 in the end.

This may be necessary in places where the cost of living is undoubtedly higher. (Nationally, inflation recently hit a 40-year high.) As it stands, California has one of the highest costs of living in the country. Recently, the California Living Wage Act, which would have increased the state minimum wage to $18 hourly by 2025 (giving small businesses until 2026 to comply), was bumped from the November ballot.