California has long been a pioneer of gender rights in the workplace. Since 2011, gender expression and gender identity have been protected classes under California’s anti-discrimination law.  And on July 1, 2017, new employment protections for transgender and gender-nonconforming employees took effect in California. The Department of Fair Employment and Housing now enforces regulations which expand protections for gender identity and gender expression in the workplace. According to The National Law Review, the following provisions are now effective: 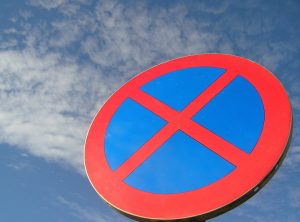 The Press-Enterprise also notes that employers cannot impose any standards of grooming, dress, or appearance which are inconsistent with an employee’s gender identity.

The new regulations add more obligations onto an area of employment law which is already confusing and onerous. With effective planning, however, employers can both create an accepting work environment for all employees and protect themselves from liability. First, employers should review current policies about gender expression in the workplace. If no written policies are in effect, a qualified employment attorney should be engaged to draft policies which conform to all existing gender identity laws. Such policies should comprehensively address all matters of gender expression, including: name changes and use of personal pronouns; restroom and locker room usage; privacy and medical records; dress and grooming; pre- and post-hire documentation;  and protected rights during the transition phase.

Next, employers should take measures to ensure that such policies are enforced within the workplace. An appropriate discipline policy for employees who violate gender expression rights must be designed and enforced. Gender sensitivity training may be necessary to promote understanding in the workplace.

Gender sensitivity is a concern of State Senator Ricardo Lara. According to SFGATE, Senator Lara has introduced Senate Bill 396, which would create mandatory workplace training regarding gender expression and identity. Such training would operate similarly to existing mandatory sexual harassment training. It is not certain whether this particular bill will pass, but it is yet another in a long series of legal actions which show that California employment law takes gender discrimination seriously.

Gender rights is a complex area of employment law which can leave employers facing civil liability and regulatory sanctions. Employers can ensure their compliance with the law and employees can protect their legal interests by consulting with an experienced Orange County employment law attorney.