Big changes have arrived in the state of California in the new year, many of which will have a direct impact on employers and their employees. 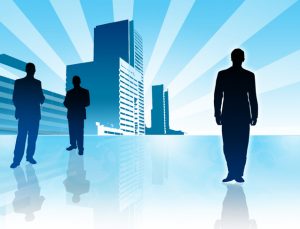 The San Francisco Chronicle recently documented a run-down of the biggest additions to state law and how they will change life in California in 2018 and beyond.

The list included everything from the new recreational cannabis laws, protections for women in the workplace, as well as employee rights for criminals.

While some of these changes have obvious and direct effects on the workplace, others are less clear, particularly the legalization of recreational marijuana, which quickly has turned into one of the biggest stories of the year.Our employment lawyers in Orange County know the growing cannabis industry in California will have broad and subtle effects in employment. Most prominently, employers will need to examine their drug screening policies and how strictly they plan to enforce the appearance of marijuana on tests. Will they consider it a deal breaker for hiring an employee? How will they handle positive tests for current employees, who might be subjected to random screenings? Will they recognize local legalization laws or abide by the Controlled Substances Act, 21 U.S.C. Section 812, which classifies marijuana as a Schedule I narcotic?

These questions have already been around in California for some time with medical marijuana legalization going into effect two decades ago through the Compassionate Use Act of 1996. However, the emergence of legal recreational cannabis is likely to increase use among residents. For company’s with strict drug policies, this could have major effects on their ability to hire the best employees, shrinking the pool of qualified applicants. It also could hurt their ability to retain talent should they randomly test employees, rather than selectively test if one’s job performance is in question.

Next up on the list of changes are two laws that, while helpful to all employees, will especially assist women in the workplace.

Assembly Bill 168 prevents employers from relying on an applicant’s previous salary when setting their wages in their new job. While this will help all employees, the bill will specifically assist in eliminating the wage gap that exists between male and female workers. Once a woman is hired at a salary below her male counterparts, it can haunt her throughout her career, with each employer using that salary as a base for her pay in the next job.

Senate Bill 63 allows employees who are new parents (whether by birth, adoption, or foster care) to take up to 12 weeks of unpaid parental leave, and to do so without it affecting health care coverage provided through the employer. The bill protects employees who take advantage of unpaid leave from being fired, fined, suspended, expelled, or discriminated against for said leave.

One more big change was designed to protect Californians with criminal records in search of work. Assembly Bill 1008 prohibits private companies from inquiring about previous convictions on job application forms. Employers are still allowed to run background checks on prospective employees, but the intention of the bill is to help qualified candidates get farther along in the application process, particularly those whose records are old or unrelated to the work at hand.

Editorial: How California’s New Laws Will Change Your Life in 2018, Dec. 29, 2017, By Chronicle Editorial Board, San Francisco Chronicle