A number of former female employees of sportswear powerhouse Nike are alleging in a gender discrimination lawsuit they were systematically maligned and denied key professional opportunities simply because of their gender. 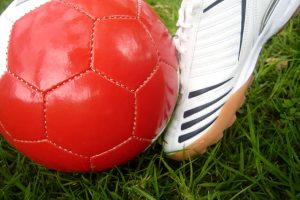 The gender discrimination lawsuit, filed in a federal court in Oregon, alleges the maker of sports apparel willfully and intentionally discriminated against female employees with respect to their wages, promotions and other conditions of employment, causing and fostering a work environment that was hostile. The women are seeking class action status, with the two primary claimants having previously worked at the company’s headquarters in Oregon. One now works for the firm’s primary rival. The women say females at the firm were judged significantly more harshly than their male counterparts, which in turn resulted in lower wages, reduced stock options and less in bonuses. When they reported the disparate treatment to human resources, their allegations (including those involving sexual assault and harassment) were mishandled or else blatantly ignored.

In a written statement, the company insisted they vehemently oppose any form of discrimination and that its pay and benefits for workers and that the “vast majority” of its workers live by values that include respect for all others. Earlier this year, a group of women at the company presented the CEO and president with information gleaned in an internal gender discrimination survey. The CEO swiftly responded with a full restructure of the team, which included announcing the president would soon be retiring. The president was largely blamed by plaintiffs for not only creating but exacerbating gender discrimination on the job. He was reportedly being groomed to take over as CEO until all this came to light.

In May the CEO apologized for “missing something” with regard to its failure to hire and promote women. The revelation (followed by a review of its pay practices) resulted in the removal of nearly a dozen executives (the president included) followed by pay raises for some 7,000 employees. The CEO stated that while most workers at the firm feel they are treated respectfully and fairly, “That wasn’t the case in all teams, and if all our teammates don’t see the same opportunities, we just can’t accept that.”

Female plaintiffs say the hierarchy at the company had long been an unclimbable pyramid for women. The more senior the position/ title/ pay, the less likely a woman was to hold it. This was made all the more demeaning, women allege, because it was occurring at company headquarters and was directly contrary to the way in which the company branded itself – as a champion of women, underscoring the value of women in sports and the imperative of equal opportunity to play.

Plaintiffs say simply firing a few people at the top isn’t going to solve the deep-seeded problems that exist at the organization. Sexual harassment and pay discrimination tend to go hand-in-hand, as our gender discrimination attorneys in Orange County can explain, because it stems from a greater cultural expression of devaluing one’s work on the basis of gender.

Nike Gets Tripped Up While Trying to Change Its Culture, Aug. 30, 2018, By Rebecca Greenfiled, Boomberg Businessweek