Whether you paint the room in pink or blue (or some gender neutral hue), pregnancy can still earn you a pink slip. It’s illegal, of course. As the Equal Employment Opportunity Commission (EEOC) notes, it is unlawful to treat a female applicant or employee unfavorably due to pregnancy, childbirth or a medical condition related to childbirth or pregnancy. 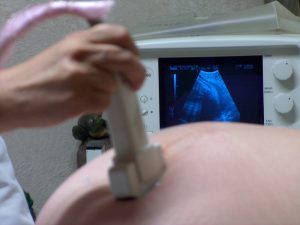 The Pregnancy Disability Act, passed almost 40 years ago, prohibits discrimination on the basis of pregnancy in any aspect of employment. In situations where a woman is temporarily unable to perform job duties due to pregnancy, childbirth or related condition, the employer is required to treat her in the same way it would treat any other temporarily disabled employee – with alternative assignments, light duty, disability leave or unpaid leave.

Despite all this, employers continue to discriminate against workers on the basis of pregnancy and childbirth. They may not be as blatant about it as they were four decades ago, but it’s still happening.

The ACLU recently underscored this point, and highlighted a recent case involving a mother who learned in 2011 she was pregnant with twins. However, that good news came with specific instructions not to life more than 30 pounds – a typical directive for a woman responsible for the health and well-being of unborn children. As a certified nursing assistant, her job description was physically demanding. However, instead of discussing options that would allow her to continue working with this restriction, her supervisor instructed her to simply go home.

Her unpaid leave was soon exhausted, and she was still pregnant and still on doctor’s orders to restrict her lifting. Her boss was not willing to assign her modified duties, and instead chose to fire her. When she had her babies, she hadn’t received a paycheck in months. All of this was a direct result of pregnancy discrimination.

As our L.A. pregnancy discrimination lawyers can explain, companies that extend reassignment to “light duty” or make other accommodations for workers who are temporarily disabled must give the same consideration to pregnant employees who medically require restrictions.

Two years ago, the U.S. Supreme Court took on this issue in the Young v. United Parcel Service, Inc., case. The court held if a company refuses accommodation of pregnant workers on the same terms as it does their peers, it has to have a sufficiently strong justification for that decision. Simply throwing out inconvenience or cost is not considered sufficiently strong.

However, the ACLU says the district court that overhead the pregnancy discrimination lawsuit of the mother of the twins got it wrong when it dismissed her case, finding there was not enough evidence of differential treatment. The U.S. Court of Appeals for the Fifth Circuit has heard oral arguments in that case, and is expected to make a decision in the coming months. The ACLU submitted a friend-of-the-court brief (as did several other worker advocates) arguing the district court wrongly applied Young, and by extension the Pregnancy Discrimination Act itself.

It will be only the fourth time an appeals court has considered a pregnancy discrimination case since Young, so many employment attorneys are closely following this case.