A recent analysis conducted by ProPublica and the Urban Institute reveals workers over 50 in the U.S. are more likely to be pushed out of their longtime jobs and careers, sometimes long before they choose to retire. In many cases, this results in an irreversible degree of financial damage. Orange County age discrimination attorneys in California know that many Americans assume that by the time they reach 50-years-old, they’ll have the benefit of steady work, they’ll have a solid start on their retirement savings and at least 15 to 17 more years of their career ahead of them – with some freedom to decide exactly when they’ll go. Unfortunately, that is no longer the reality for many workers. 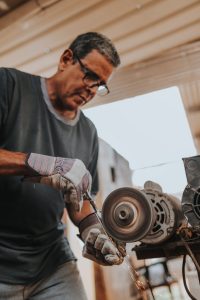 Researchers conducted this analysis by examining information gleaned from the Health and Retirement Study (HRS), which is one of the best broad-based information sources we have about aging in the U.S., tracking a nationally representative sample of about 20,000 people since 1992, starting when they turned 50 and on through the rest of their lives.

What they discovered was that by the time workers entered the study to the time they they exited a paid employment role, approximately 56 percent were laid off at least one time (some more) or left jobs under circumstances that so financially destructive it was almost certain they were pushed out rather than chose to exit voluntarily. After such an event, only one-tenth of those workers went on to ever earn as much as they did before their employment setbacks. Even years later, household incomes of older workers who experience such losses are still much lower than those who don’t work. It’s not how most people anticipate ending their careers.

As Orange County age discrimination attorneys at The Nassiri Law Group can explain, ageism that results in lost career opportunities and benefits or that results in wrongful termination (sometimes including high-pressure buyouts and layoffs), it can be illegal.

A number of laws prevent discrimination in California workplaces. Federally, there is the Age Discrimination in Employment Act, which for 50 years as barred employers from treating older workers differently than younger ones (with very few exception).  At the state level, the California Fair Employment and Housing Act prohibits companies with five or more employees to discriminate against job applicants or employees for something that the law deems “protected status.” One of these is being over the age of 40 (which violates not only state but also federal employment discrimination laws). This also applies to apprenticeship training programs and employment agencies.

“Discrimination” can include (but is not necessarily limited to):

It’s unlikely an employer is going to come right out and say, “We’re letting you go because you’re getting too old.” That doesn’t mean you won’t have a case. You can still prove age discrimination if there is evidence that the company is forcing only or mostly older employees to retire, promoting a “young” corporate culture, terminating higher salary employees, regular jokes or comments about an older worker’s age, or a sudden change in one’s performance reviews.

What the HRS Data Reveals About Aging in the Workplace

The HRS data suggests that the financial damage sustained by the majority of aging workers forced to leave their steady jobs and long careers after they are 50. Even before they leave, many have their pay, work hours, work locations or treatment by supervisors suffer substantially before they’re ultimately let go. Orange County age discrimination lawyers know this adds to the losses they’ve sustained.

Nationally, this amounts to 22 million older people who have suffered a layoff or forced retirement. Of those, only about 2 million are going to fully recover. Add to this the fact that most employers have stopped offering traditional pension – leaving workers especially in a financial crunch because they’re mostly responsible for covering the costs of their own retirement. Being forced out of work before they’re ready can set them up for dependence on government systems.

If you believe you were the victim of age discrimination in Southern California, please contact our dedicated legal team at The Nassiri Law Group.