California Senate Bill 1162, recently signed by Gov. Gavin Newsom, is a broad pay transparency law that requires employers to include pay ranges in all job ads as of Jan. 1, 2023 – a measure that is intended to close the pay gap and prevent unlawful employment discrimination. 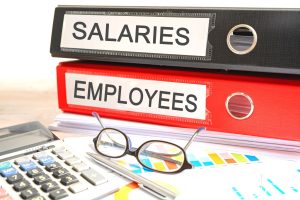 Pay transparency employment law is a catching trend. In addition to California, other states like Nevada, Colorado, Washington, Connecticut, Maryland, and Rhode Island do as well. New York passed a similar measure too, but it’s awaiting the governor’s signature (though New York City has its own pay transparency law).

As our Los Angeles employment lawyers can explain, publication of pay for various jobs is supposed to reduce or eliminate discrepancies in pay. It’s effective in this because it brings to light information that employers have historically wished to keep under wraps. (If you encourage employees to stay hush-hush about their salaries because it’s “impolite” or “against company policy” or a “company trade secret,” there’s less chance of them learning if some groups are being unfairly discriminated against in their pay.) It can help employee plaintiffs more easily make their case when pay disparities are clearly spelled out in black-and-white. And by posting the salary upfront in job ads, employers may be less likely to engage in discrimination by low-balling a prospective employee in starting pay on the basis of their protected status (be that race, religion, gender identity, national origin, disability, sexual orientation, age, etc.).

It is against existing law for companies to communicate with other employees about wages – per the National Labor Relations Act and California Labor Code Sections 232(a) and (b).

Some other breakdowns of California’s new pay transparency law:

If you believe your employer or a prospective employer to be in violation of this new California labor law, our dedicated Los Angeles employment attorneys are available to answer your questions.

Your Right to Discuss Wages, NLRB