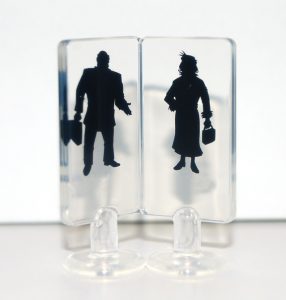 ripple effect far beyond his region and industry. From people opening up a national dialogue with the #metoo movement to businesses fortifying their sexual harassment policies and training to investigations and stronger laws against predators, this past year has truly been an awakening to the pervasive inappropriate and dangerous behaviors in the workplace and the general public.

The state of Washington is among those examining proposals in response to these revelations that would bolster workplace protections in regards to sexual harassment and bullying and empower victims to come forward.

According to a report from WNPA Olympia News Bureau, among the bills under consideration by the Washington State Legislature is SB 5996, which would dismantle the practice of employers using non-disclosure agreements to restrict the abilities of employees to report misconduct in the work place. The bill outlines that such an agreement would not hold up as a protection in court for accused employers.Our Riverside sexual harassment lawyers know this bill is particularly timely as women all over the country have come forward, citing non-disclosure agreements as the cause of their silence. Non-disclosure agreements are meant to protect company trade secrets from competitors, but are sometimes used as a cloak to hide personal wrongdoings among employees. One such case is unfolding here in California, where former 9th Circuit Court of Appeals Judge Alex Kozinski has been accused of sexual misconduct. The women who have come forward claim their stories had previously been hidden from the public eye due to the tight confidentiality agreements they were forced to abide by in the judge’s chambers.

Also up for discussion in the state is SB 6313, which protects an employee’s right to file a complaint for sexual assault or sexual harassment via any employment contract. Because of Washington’s status as an at-will employment state, an employer does not need to have a reason for terminating someone’s employment, unless there is an employment contract. This bill would make it mandatory to include protections for those who report sexual misconduct among the details of the contract in an effort to protect employees from retaliation tactics.

It’s also important whenever real change is going to take place to establish some neutral oversight. Which is why legislators are considering SB 6471 as well. The bill calls for the creation of a set of best practices to manage workplace sexual misconduct with the assistance of the Human Rights Commission. This would help companies avoid potential instances of “the fox guarding the henhouse,” where those who could have their own history of misconduct might be in a position of power to set the rules.

Our lawyers in Riverside support all efforts at the national, state and local levels to protect employees and create safer work environments for everyone. If you have experienced bullying, harassment, or any type of sexual misconduct in your place of work, our attorneys will inform you of all your rights and will use our years of experience and know-how to fight for you if you decide to take your case to court.