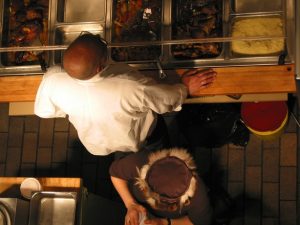 Later, the job coach went back to the restaurant and talked to the manager. It was at that time she allegedly informed the job coach that the restaurant was, “Not interested in hiring people with disabilities,” adding that those with challenges such as what plaintiff faced “do not succeed” in their company atmosphere. END_OF_DOCUMENT_TOKEN_TO_BE_REPLACED

Two years ago, California enacted a “Ban the Box” law, one of 20 states to have done so, as a way to stop the automatic exclusion of job seekers with criminal backgrounds. 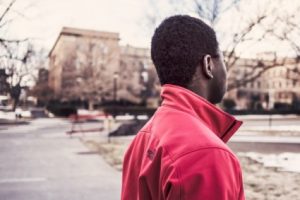 The idea was to aid some 7 million Californians – 1 in every 4 residents in the state – with criminal backgrounds from being discriminated against. A disproportionate number of those individuals with spotty records are minorities, and African Americans in particular. More than a dozen cities individually have adopted the measure, according tot he National Employment Law Project.

So, has it worked?

Actually, a recent study conducted by researchers at the University of Michigan and Princeton University that while the policy may help those with criminal records have a better chance at finding employment, it also increases racial discrimination by employers.  END_OF_DOCUMENT_TOKEN_TO_BE_REPLACED

In Betts .v McDonald’s Corp., a large restaurant chain was named as a defendant by 10 Hispanic and African American men who allege their termination by a franchisee of three Virginia-based restaurants amounts to racial discrimination.

It does seem the workers have a fair amount of proof necessary to win their case. Allegedly, supervisors of the franchise reportedly made statements flat-out saying the store was “too dark” and there were “too many black people” there on a day-to-day basis. In fact, the terminated workers were allegedly told directly they failed to fit the company’s desired profile.

These kinds of statements are going to be critical in determining whether racial discrimination was a factor in the workers’ firing. Most discrimination cases lack that kind of direct proof, so the case may be easier than others in that regard.

END_OF_DOCUMENT_TOKEN_TO_BE_REPLACED

Protected classes under California state and federal law are always evolving. Minorities, women, those with disabilities and members of the gay and lesbian workforce were not always given legal authority in the face of discrimination. A new class has emerged raising a new question—should the obese be established as a protected class? According to a recent publication in the Washington Post, the overweight—specifically women who are overweight—are more likely to earn less and suffer adverse employment action, including lower pay. A new study shows that the reality of weight discrimination in the workplace may demand additional protection, especially for women.

According to the study, conducted by Vanderbilt University Law School, women are increasingly less likely to work in higher paying jobs and more likely to work lower paying jobs if they are heavier. The study also looked at a correlation between “personal interaction” jobs and “physical activity” jobs, the former including sales or communications positions, and the latter including home health care, food preparation or other physical positions. When comparing the data, women were likely to make less the heavier they became, even though data did not reflect the same trends among male workers. According to the analysts, men did not seem to fare any worse when they gained weight.

Though beauty or physical attractiveness have long been tied to better wages for both men and women, the reason for the disparate impact of weight on a man or woman’s income is unclear. A basic understanding of the data suggests that a woman’s appearance is simply more important on the job than a man’s. Still, the trend suggests that women are unfairly suffering from discrimination if they are overweight. Our Orange County discrimination attorneys are dedicated to protecting the rights of women and the disabled in the workforce. If you believe you have suffered from workplace discrimination, we can review your case, determine the proper course of action and help you protect your rights.