For denying fair wages to hundreds of truck drivers in California, retail giant Wal-Mart will have fork over $54 million in damages. The company may also face additional penalties from the state for violating California labor laws. 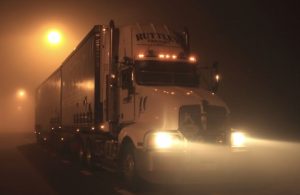 A federal jury decided a class action lawsuit recently in favor of hundreds of drivers who worked for the company between October 2005 and October 2015. They had been seeking $72 million in damages, so this verdict fell somewhat short, but legal experts agree was a plaintiff victory nonetheless. Additional penalties and damages could push the total amount owed by the firm well past the $150 million mark. The amount of those civil penalties will be determined by a judge.

The seven jurors ruled the company did not properly pay wages to its drivers in adherence to state law for certain activities, including washing and inspecting their trucks and during layovers. Most of the damages claimed by the workers were for the time spent during layovers.

This isn’t the first time, of course, that the country’s largest private employer has faced criticism concerning workers’ wages – or treatment of its employees. Earlier this year, the company paid $35 million to settle a class action lawsuit of 88,000 workers in Washington state who alleged they were forced to skip both meal and rest breaks and work off-the-clock. And in late 2015, the company agreed to pay $640 million to settle 63 lawsuits throughout the country that alleged wage-and-hour violations. Those settlements also required the firm to take additional steps to prevent future wage-and-hour violations with increased training and enhanced monitoring.

Truckers for the firm, however, are not paid by the hour. Rather, their pay is based on their mileage and on certain specified activity. However, the drivers alleged that the company was violating California law by enforcing its current policies – as stated in its manuals – because there was no pay earned for certain types of tasks. That basically means they were required to do certain work for free. As an attorney for the plaintiffs pointed out at rial, there was nothing in the three driver manuals that indicated drivers would be paid for certain tasks. There was also evidence presented that drivers weren’t paid minimum wage for layovers, even though the company controlled the workers during that time by mandating that they remain with their truck.

The company argued it paid drivers appropriately and couldn’t authorize a separate pay designation for every single thing the drivers did when some of those tasks took only minutes. A defense attorney likened the plaintiff’s argument to a baker who charges a flat-fee for a cake, and then asks for additional compensation for buying the eggs, putting the cake in the oven and cleanup. The company insisted its drivers were among the best paid in the industry – with some earning upward of $100,000 annually.

Still, Walmart dropped its policy of compensating drivers by mileage and activity rather than hours worked as of last year. The U.S. District Court judge previously ruled the company violated state law by not paying workers minimum wage for all work performed. The only issue for the jury to decide was damages. A finding by the judge that the company acted willfully could double the damages.