Historically, large restaurant chains have been one of the top violators of federal and state wage and hour laws in the U.S. 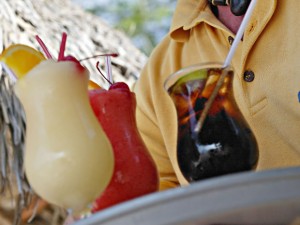 This may have to do with the fact that the restaurant industry is unique in the way it is permitted to structure its pay (on the basis of tips). The hours are usually not the typical 9-to-5, and it is typically lower-level staff (servers, bussers, line-cooks and hosts) who are exploited.

Outback Steakhouse is no exception. Our Costa Mesa wage and hour lawyers have learned the latest claim against the chain is a class action that stems from a group of Nevada employees. They allege the company failed to provide them with breaks to which they were legally entitled, mandated they begin working prior to the start of their shifts and discriminated against nursing mothers by not providing enough break time or private settings for them to pump milk.

The Florida-based chain has responded that it denies the allegations and intends to mount a vigorous defense against them.

It won’t be the first time. Outback, like many restaurant chains, has a long record of discrimination and wage and hour claims.

In April, the firm agreed to pay $65,000 to settle a lawsuit filed by an Arizona man who worked for the company for more than a year when he was targeted due to his disability.

The man was a former professional baseball umpire, until he was involved in a major car accident nearly 10 years ago. He endured many years of rehabilitation. He had to learn how to walk and talk again. He did, and eventually became independent. He even returned to umping games again, albeit at the high school level. He also began waiting tables at an Outback in Phoenix.

He continued to suffer impairments to his speech, hearing and vision, but the job was reportedly going well for him. That is, until a new manager was hired.

The manager contended that the disabled workers was “unable to keep up.” He was fired.

After agreeing to the settlement, the owners of that particular franchise agreed to have all managers attend anti-discrimination training and post notices to employees regarding the Anti-Discrimination Act.

In 2011, the chain was sued in U.S. District Court in Minnesota for unlawfully requiring servers to share their tips with hosts and bussers. The class-action case claimed that the action violated the state’s Fair Labor Standards Act, which protects servers from being forced to help subsidize the wages of other workers. Most servers only earn between $2 and $3 hourly as it is.

The chain eventually agreed to settle the case for $1.25 million.

And a year before that, the chain was sued by another group of workers for discrimination against female workers. This time, the U.S. Equal Employment Opportunity Commission was involved, and alleged that women were systematically denied promotions to higher-level management positions. They were also denied kitchen management experience, which was a stepping stone required for a higher-level management job.

In the end, the firm agreed to settle that claim for $19 million, agreeing also to hire a new human resource executive, an outside consultant to determine compliance with anti-discrimination laws and start and online application process for employees interested in higher-level positions.

Restaurant owners and managers may feel they can get away with crossing the legal line now and then because many workers don’t have deep pockets to challenge them on their bad behavior. However in many cases, your claim can be filed on a contingency basis – meaning if you don’t win, you don’t pay.

To learn more about this and California wage and hour law, contact our offices.