When a warehouse in Illinois employing some 600 workers was bought out by a giant retailer, employees were informed they would get raises and a sizable boost in benefits. Instead, some 200 of them – all African Americans, all with criminal histories  – were fired. Now, many are alleging racial discrimination by their new employer. 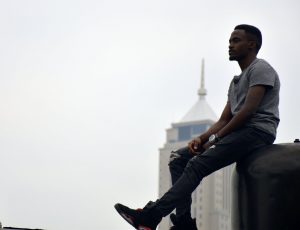 Some of these individuals had worked years at the facility, their felony backgrounds not having been an issue previously. They are suing for racial discrimination in employment.

Many of those with felony convictions are confused about their employment rights. Some applicants and employees assume that such action is allowed and part of their “punishment.” Although it is true that some adverse treatment against applicants in hiring or in reorganization. What is not lawful, per Title VII of the Civil Rights Act of 1964, is disparate treatment or impact to individuals in a protected class using the felony conviction as a vehicle.

For example, if a company refuses to hire African Americans with felony convictions – but will hire Caucasians with a felony record – that is both disparate treatment and disparate impact, and per the Equal Employment Opportunity Commission, it is likely discrimination.

Los Angeles racial discrimination lawyers understand that in the case of the warehouse workers, plaintiffs had been employed by a third-party logistics firm. When it was announced that the retailer was going to assume the task of warehouse management, the workers employed there were “absolutely excited.” One, for example, had been told that he was shown documents showing his hourly wages would jump from $16.35 to $18.65. However, that palpable excitement began to quickly fade once it was revealed the company would not continue the employment of workers with felonies. That individual, for instance, had a two-decades-old conviction for possession of cocaine.

And then in an action many say was wholly unnecessary, individuals informed they would not be asked to return due to prior felony convictions were physically escorted from the property with armed security – from the building where many had already been working for years.

One pointed out that the refusal to give those with criminal convictions a chance will result in overcrowded prisons and a less productive society.

Another worker received the same treatment based on a 1985 cocaine sales treatment for which he’d spent less than two years behind bars. For a 34-year-old non-violent drug conviction to have this impact, he said, “really hurts.”

In both of those cases, the men had a history of carrying out the very same job – and very well – as the job the large retailer needed them to do. In fact, they’d been offered the jobs by the retailer at first, offers that were rescinded when the decades-old felony convictions came to light.

Some opine a felony class action lawsuit may soon be forthcoming, with complaints filed with the the state EEOC and Department of Human Rights, alleging disparate impact on African American employees.