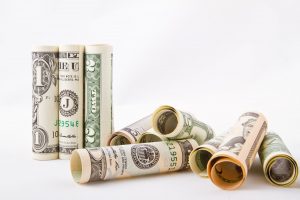 Recently, another such gender discrimination lawsuit, was filed against tech giant Hewlett-Packard Enterprise, accused of systematic pay disparity that resulted in women consistently being paid less than their male counterparts for the same work – even when they had more experience or more seniority at the firm than their male counterparts. In one case, plaintiff said she was asked to step into the role of a recently-deceased supervisor, for which she was promised a promotion and a raise. Yet it wasn’t until another co-worker in a different department stumbled across financial documents with the firm that she – and others – learned she received far less pay (and no change in title) for taking over her predecessor’s responsibilities. Per The Mercury News, plaintiffs are seeking class action status.

Although the individual complaints are troubling indeed, what is especially striking about these lawsuits is how pervasive and typical they were. according to the original complaint, filed by two of the employees, the employer had a history of gender pay discrimination and purposely put into effect policies and even issued directives that barred employees from learning about the unequal pay that was in violation of California’s Equal Pay Act. When this kind of secrecy shrouds wages and promotions, it makes meaningful reforms less effective, wage discrimination more likely.

Starting at the beginning of last year, employers in California have been barred from asking prospective employees about salary history, which historically has only helped continue the effects of past pay discrimination in California. Two weaknesses of that law, however, are that it doesn’t apply retroactively to workers in the Golden State who may have been hired prior to that date and it also probably won’t help workers who have been employed for an extensive amount of time with a single employer.

That’s the case alleged against Hewlett-Packer, which is accused of keeping longer-term female employees at the same or lower-paid level, while new male hires often started at a higher pay grade and rose more quickly through the ranks.

It is very common practice, particularly in the tech industry, for companies to strongly discourage workers from talking about their salaries with one another. In this case, the defendant’s own website outright states that employees shouldn’t  compare themselves to co-workers because “your compensation should be about you and your performance,” adding that comparisons “detract from that point.” And sure, your own compensation should be about your own performance, but too many companies use these kinds of policies to perpetuate gender discrimination when it comes to fair pay.

Further, not only as the National Labor Relations Act barred required salary silence in most industries since the mid-1930s, section 232 of California Labor Code has since 1985 outlawed secrecy policies that allowed companies to discipline workers who do disclose their salaries to other workers. Most employees, however, don’t know they even have this right. Or if they do, they may not want to be deemed a “troublemaker.”

The problem, as our Los Angeles gender discrimination attorneys can explain, is that when companies insist on opaque pay structures, the only ones who win out are the companies – not the workers.