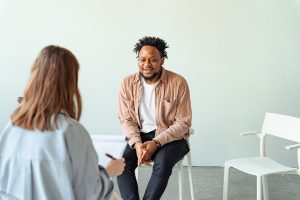 The class action litigation currently names five plaintiffs, but employment attorneys in the case say as many as 1,000 could ultimately claim damages.

A spokesman for the city said it has yet to receive documentation in the case, but generally strives for to maintain a diverse workplace free of discrimination. Plaintiffs say they want a truth and reconciliation commission, as well as a better job analysis and valuation policies, back pay for inequity and racial justice monitoring.

Like many communities across the country, the city launched an initiative aimed at acknowledging and addressing its history of racism in employment following the murder of George Floyd. Long Beach dubbed it, “The Framework,” and it outlined a handful of steps to address racism as a public health crisis. These include acknowledging systemic inequalities, listening to community members, gathering stakeholders for policy determination and take action. Plaintiffs in the class action racial discrimination lawsuit say their demands would be aligned with the goals of The Framework.

Workplace racial discrimination can take many forms. Some common examples include:

Workers in California have numerous protections against racial discrimination on the job.

At the state level, there is the Fair Employment and Housing Act (FEHA), which protects Californian employees from being discriminated against on the basis of race (as well as gender, religion, disability, veteran status, age and sexual orientation). It’s generally applicable to any employers with 5 or more employees.

There are also federal laws that protect minority workers, primarily the Civil Rights Act of 1964.

Federal anti-discrimination laws don’t prevent state or local governments from adopting laws with equal or greater protections, and California laws are generally at a higher standard.

When deciding whether to pursue the claim in federal or state court, we’ll consider the type of discrimination (only covered by state law?), the size of the employer (federal law typically only applies to bigger employers) and the location (claims that occurred on federal property, such as military bases, must be filed in federal court).

If you have been the victim of racial discrimination, our dedicated Southern California employment discrimination attorneys can help.