The expectation when we accept a job is that our pay will increase incrementally the more experience and value we provide to the company. But as our Orange County wage and hour lawyers can explain, pay reductions can occur – and they aren’t necessarily illegal. 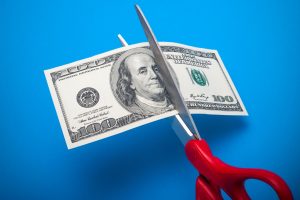 Whether you are an hourly or salaried employee in California, you are entitled to receive the agreed-upon, legal rate of pay for the work you’ve already done. Bosses have the discretion to reduce hourly pay and salary rates just as they can raise them. What they should not do, however, is reduce pay without giving advance notice to the employee. Employees should have the option to decline to continue working at such a rate. Just as an employee can’t force an employer to pay them a higher rate without consent, an employer can’t force an employee to work for a rate to which they didn’t agree. Once the work is complete, the employer must pay the last agreed-upon rate.

When Would a Company Reduce Worker Pay?

Ideally, worker pay would only go up. However, the reality of business sometimes is that employers must reduce expenses in order to stay in business. Or sometimes, employees aren’t meeting expectations, and it’s costing the company money.

All this said, a company cannot refuse to pay you the agreed-upon rate for hours you’ve already worked.

As far as what the exact notice requirements are for pay reduction, it varies by state. Some states require a simple verbal notice the day before. “Starting tomorrow, you’re going to earn $14 an hour instead of $17 an hour.” Other states require notification in writing.

California law requires that for non-exempt employees (except those covered by a collective bargaining agreement), notice must be signed by the employee at the time of hire AND upon any change, providing the worker with applicable rates of pay and any changes. If a change in the rate of pay is reflected on the next payroll period of the wage statement, then no additional notice or form needs to be provided/signed by the employee. (Pay close attention to those pay stubs.) If the employee is a salaried worker, employers should give written notice of the change.

So When is It Unlawful for My Employer to Reduce My Pay?

California is an at-will state for employment, so your boss has the discretion to hire, fire, demote, or transfer employers for any reason – assuming they do not violate federal and state labor laws.

Employee pay is a condition of employment that typically can be lawfully be altered for any reason UNLESS:

It should be noted that some companies have policies that require or request employees to provide two weeks’ notice when they quit, but reduce employees’ pay to minimum wage during that two-week period. That can be lawful (assuming the employee had proper notice of it), but employers might want to carefully consider the wisdom of it, knowing that it could discourage workers from providing a full two-weeks notice prior to quitting (a transition time that can be critical to the employer).

What Do I Do If My Pay Was Cut Illegally?

If you don’t learn about the pay cut until after you’re no longer employed at the company, you will want to consider reaching out to the California Department of Labor, as well as an initial consultation with an Orange County employment lawyer.

If you still work there, you may want to try to resolve the issue internally and amicably first – but make sure you document everything! Clarify with payroll whether there was a mistake (that happens sometimes). Those errors can be easy enough to fix and fairly quickly. But if the reduction was intentional and you were not made aware, go to your boss to find out what’s going on. You can inform them that it’s unlawful to reduce payments without prior notification. Your boss may not even be aware, and alerting them may compel appropriate action.

If you already know that the reduction in pay was unlawful or retaliatory and there’s no indication your employer intends to rectify it, reach out to an experienced employment attorney to determine your next step.

Can the Employer Legally Cut an Employee’s Pay? March 1, 2021, By Suzanne Lucas, The Balance Careers